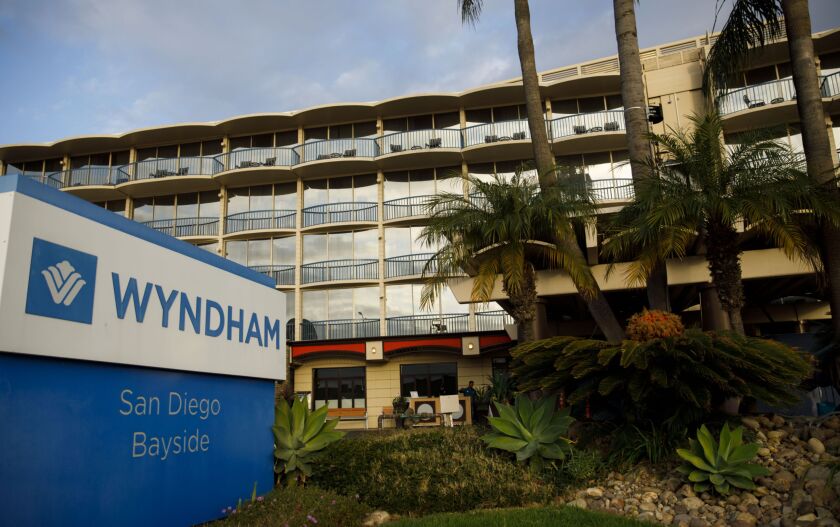 San Diego has been emboldened by recent California state court rulings to seek certification of a hotel tax that passed with lower than a two-thirds supermajority.

Measure C, a hotel tax that would provide funding for the convention center, services for homeless people, and street repairs, garnered 65.24% of the vote on March 3, 2020, shy of the two-thirds supermajority once thought to be required by the California Constitution for special tax increases.

But court rulings have successfully challenged the need for more than a simple majority on voter-driven tax measures. Most recently in San Francisco, the First District Appeals Court affirmed a judge’s ruling that citizens’ initiatives only require a simple majority to pass.

The City Council will vote on the resolution at its regular meeting Tuesday.

In light of the recent legal precedent, San Diego Mayor Todd Gloria said the City Council should declare that Measure C was approved by voters and pursue a court determination.

“A majority of San Diegans voted to expand the convention center, repair our streets and finally have a dedicated funding source for homeless services and shelter: it’s our duty to implement their will and make San Diego a better place for all of us,” Gloria said in a statement.

The City Council’s resolution would certify the measure’s passage and ask the court to approve the certification and allow the city to issue bonds under the measure. It would raise the hotel visitor tax rate between 1.25% and 3.25% depending on a hotel’s location generating an additional $6.8 billion in tax revenue, according to a staff report.

The city’s tourism industry has been hammered by the COVID-19 pandemic.

Supporters sent a letter to the mayor and City Council urging them to certify the ballot measure in February.

“Since Measure C provides much needed funding for the city to support vital programs, and since the courts have not cleared the way for implementation of the will of the voters, we urge you to promptly issue a resolution or ordinance declaring the adoption of Measure C,” wrote attorney George Yin in the letter.

The state Supreme Court’s ruling in the 2017 case of California Cannabis Coalition v. City of Upland opened the door for cities to challenge the necessity for a supermajority in measures brought by citizens, rather than lawmakers.

The Upland case was not about voter thresholds; it was about whether the timing requirements of Proposition 218 and Proposition 13 apply to citizen tax initiatives in the same way they to do to tax measures placed on the ballot by local governments. The court ruled that the requirement that certain tax measures be placed on the ballot during general elections did not apply to citizen initiatives.

Speculation then arose as to whether the ruling would make it easier to pass local tax measures by allowing a lower voter threshold.

The court created a loophole in propositions 13 and 218, which place restrictions on local tax votes in California, Jon Coupal, president of the Howard Jarvis Taxpayers Association said of the 2017 ruling.

The first outright tax case to challenge the voter threshold was City and County of San Francisco v. All Persons Interested in the Matter of Proposition C.

Pointing to the Upland case, the appeals court judges ruled that the threshold for special taxes proposed by a citizen initiative is a simple majority.

The First District Court of Appeal upheld a lower court’s decision on June 30 that San Francisco’s Proposition C approved by 61.3% of voters was properly certified as approved by city officials. The measure imposes a gross receipts tax on business to fund services for homeless people.

The court pointed to the language of Proposition 13, which requires “cities, counties and special districts” asking voters to approve tax measures to obtain a two-thirds voter approval. The language doesn’t mention citizen initiatives, but the Constitution does require a simple majority vote on citizen initiatives under article II, section 10(a), according to the ruling.

In December, the Fifth District Court of Appeal likewise ruled in the city’s favor in Fresno v. Fresno Building Health Communities, finding that special taxes proposed by voters require only a simple majority.

But an Alameda County judge ruled against the city of Oakland when its certification of a simple majority on a parcel tax was challenged in court. The city appealed in November 2019 and that case is still awaiting oral arguments ahead of a decision.