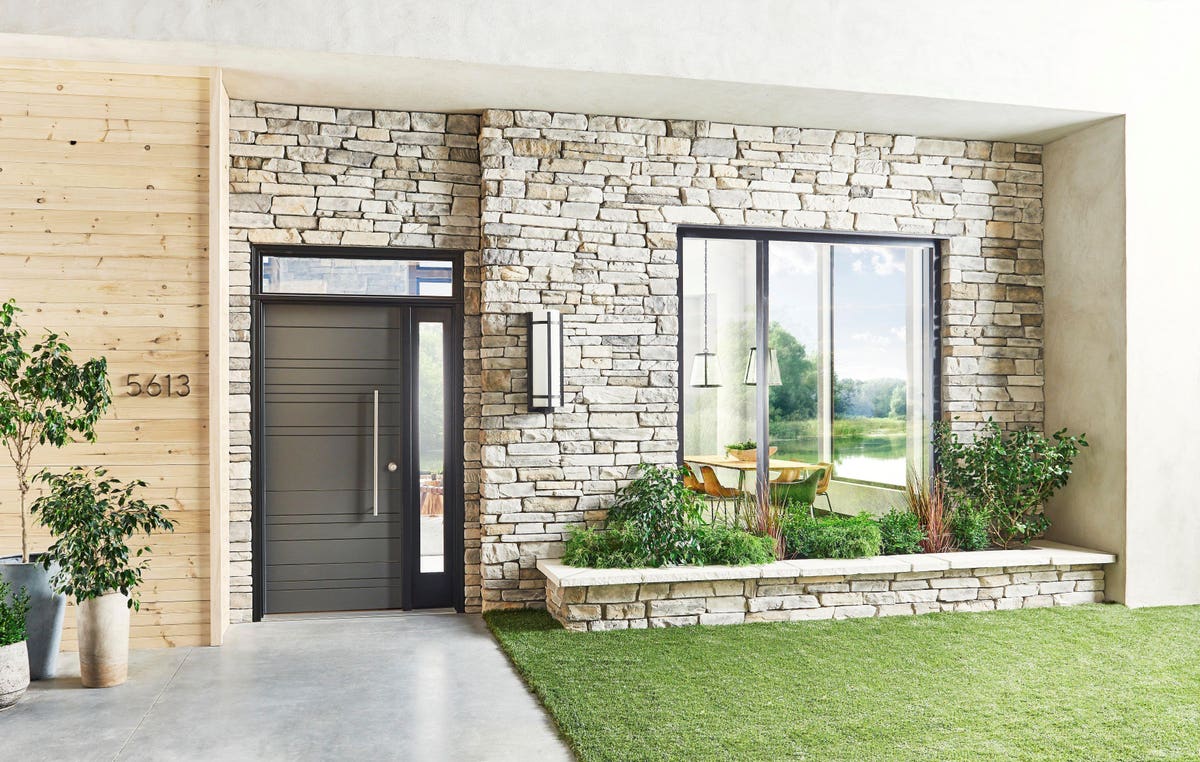 The Biden administration unveiled a $2 trillion infrastructure plan last week, and it contains some much-needed wellness design enhancements for American homes. Even its goals of increasing affordable housing stock and improving public housing advances the ideal of everyone having a safe, healthy place to live.

The pandemic pointed out the importance of this ideal, though the President’s infrastructure plan doesn’t specifically include one of its major findings for the residential end of its plan: Potentially deadly airborne viruses like the one that causes Covid-19 are more transmissible in poorly-ventilated spaces. There are provisions in the plan summary for improving ventilation in schools, but it does not mention it for public housing or other residential buildings.

“I don’t think that residential ventilation/indoor air quality was ‘omitted,’” counters Bob Simpson, a board member of the Center for Active Design, a nonprofit organization that researches and certifies healthy buildings and communities through its Fitwel program. “No one disputes the need to improve the indoor air quality in these buildings. Improving HVAC systems across our nation’s public housing stock represents one of the most effective ways to create healthier living environments and creates opportunities for public housing authorities to do so in a way that not only reduces the rates of asthma and other lung diseases but also reduces the future transmission and spread of harmful airborne pathogens.”

Simpson adds, “”The $40 billion proposed for upgrades would put a significant dent in the current backlog of capital repairs that are needed to create safe and healthy public housing. After years of disinvestment, residents of public housing far too often live in buildings with poor indoor air and water quality due to lead hazards, faulty plumbing, and inadequate HVAC systems. If passed, the infrastructure bill will create a significant opportunity for public housing authorities to upgrade faulty plumbing and inadequate HVAC systems and improve the indoor air and water quality for millions of low income renters.”

The infrastructure plan also calls for building and rehabilitating homes for low- and middle-income homebuyers, especially in underserved communities. Biden is calling on Congress to pass the Neighborhood Homes Investment Act to help achieve this goal. “Offering $20 billion worth of NHIA tax credits over the next five years will result in approximately 500,000 homes built or rehabilitated, creating a pathway for more families to buy a home,” the summary states.

Relieving overcrowding in low income housing units can reduce the severity of future Covid waves and as-yet unknown pandemics, according to numerous studies published in 2020.

The plan also references $40 billion to “address critical life-safety concerns” and “mitigate imminent hazards to residents,” noting that these improvements will benefit people with disabilities, pointing to the possibility of accessibility features being included in the bill.

As Sarah L. Szanton, director of the Center for Innovative Care in Aging at Johns Hopkins School of Nursing, has proved with the CAPABLE program that she helped create, making homes and apartments safer and more accessible for seniors improves their lives and pays for itself over time with Medicare and Medicaid savings. Whether it’s her program or one like it that also recommends and installs accessibility features, providing for this through federal funding would allow “older adults to be able to age with dignity and independence” and “be able to bathe themselves, cook for themselves, get dressed with dignity and autonomy,” Szanton says.

The infrastructure plan’s fact sheet summarizes this goal as building and retrofitting more than two million homes as accessible and resilient housing. It’s unclear yet whether, if passed, this could provide additional funding and eligibility criteria to existing home modifications programs for disabled veterans run by the VA.

Americans in Flint, Michigan got a painful lesson about the importance of clean drinking water and the dangers of lead pipes in 2014. The Biden infrastructure plan wants to prevent future occurrences with a goal to “eliminate all lead pipes and service lines in our drinking water systems,” its summary says.

This can have particular benefit to children and teens, according to Karen Peterson, a professor of global public health and environmental health sciences at the University of Michigan School of Public Health. “A child’s body absorbs more lead than does an adult’s body. In addition, children’s brains and nervous systems are more sensitive to the effects of lead,” she notes.

Aging treatment plants and polluted drinking water are also endangering public health, the plan notes, with $111 billion budgeted to address these issues, as well as an improved electrical grid and universal broadband.

It was barely two months ago when non-winterized utility infrastructure across the South, especially in Texas, left millions of residents without heat, water or electric for weeks. There were more than 100 deaths attributed to the massive failure, and thousands of others struggled to keep their life-saving medical devices powered during the outage. Modernizing the nation’s electrical grid could conceivably prevent manmade disasters like this one from occurring in the future.

This may not seem like a wellness design feature, but with telehealth providing more care than ever before (especially since the pandemic began last year), and with families gathering virtually at an increasing rate, broadband is the infrastructure that enables care and connection. According to the infrastructure plan summary, 35% of rural Americans lack access to high speed internet connections. Providing this service can improve their lives and health.

The country’s builders, engineers, architects and interior designers all see the need and benefit of infrastructure upgrades. One of the largest and most powerful trade associations in this sphere is the National Association of Home Builders. The group’s chairman, Chuck Fowke, issued the following statement on the President’s infrastructure proposal: “The plan recognizes the urgent need to build more affordable housing and retrofit existing homes to increase energy efficiency. NAHB looks forward to working with the White House and bipartisan leaders in Congress to advance an infrastructure package that addresses the nation’s housing affordability challenges.”

The plan’s fate and timing are uncertain, but its goals of improving the nation’s housing stock is applauded by professionals ranging from social services to building services.

How many stocks should I buy?
Iron Condors: 101 What is it and How Does it Make You Money?
My Stock Dropped Over -20% – What Should I Do?
Stock Trading Mistake: When You Are Right, But Still Lose
Where the Bulls Roam: TSLA, ILMN, SQ, NVTA, TTD