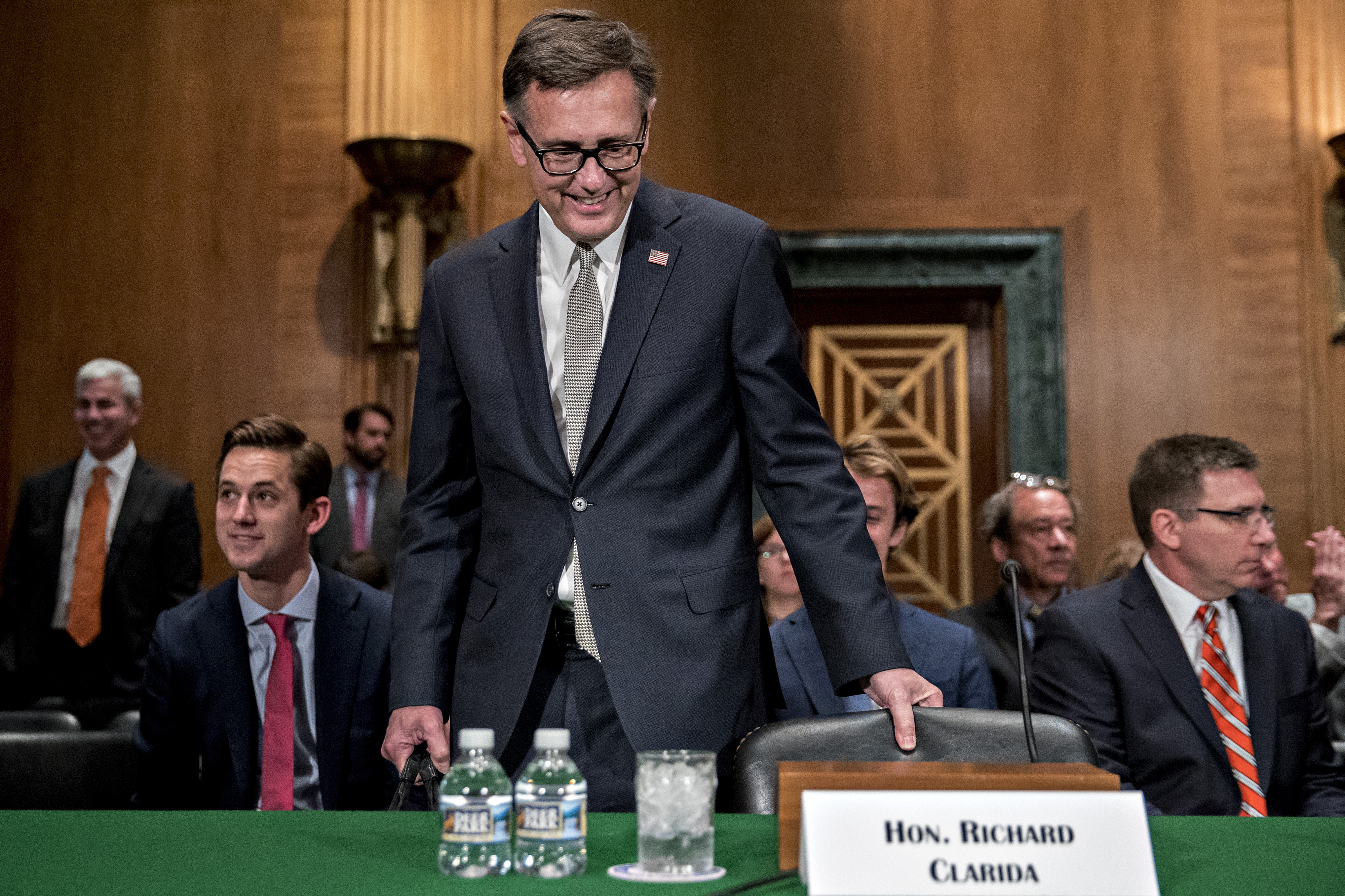 “It’s not projective progress — it’s hard numbers on the labor market and on prices” that the Fed is looking for, Clarida said Friday in an interview on Bloomberg television. “It’s an evolution, but it’s a robust evolution and primarily is outcome-based.”

Minutes of the Fed’s March meeting released Wednesday showed policy makers expect it will likely be “some time until substantial further progress” was made on employment and inflation. That refers to the tests they’ve set for scaling back bond purchases of $120 billion a month.

Their latest forecasts show officials don’t expect to raise interest rates from near zero before the end of 2023, even as they sharply upgraded projections for economic growth and employment this year. Inflation was projected to end this year at 2.4% before settling back at the Fed’s 2% goal in 2022.

“On a year-over-year basis, headline inflation is going to likely move above 2% because we’re going to be comparing this year’s prices with last year collapsing prices but we expect in our baseline most of that to be transitory, and for inflation to return later this year to around 2%,” Clarida said.

“Around a baseline there are risks on both sides and in the risk case in which inflation were to begin to move above a level consistent with price stability we would have the tools to address that,” he said.

Chair Jerome Powell said Thursday that there were up to 10 million fewer Americans now working compared with February 2020 before the pandemic struck.

“We will not forget those people and we’ll provide the economy the support that it needs until that job is done,” he said.

Clarida noted there is “a lot of pent-up supply in the economy,” with so many people unemployed, and that as the economy reopens, there could be “temporary imbalances in certain sectors,” which he said the Fed also expects to be transitory.

“If they’re not, then we’ll have to take that into account, certainly,” he said.