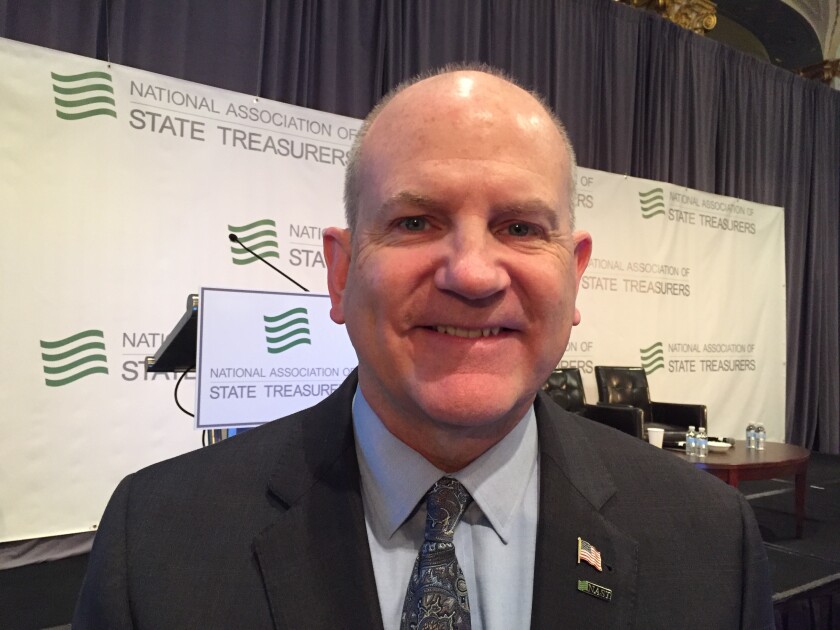 Former National Association of State Treasurers President David Damschen is resigning as Utah State treasurer at the end of the month.

Damschen is leaving office to become the president and CEO of the Utah Housing Corp.

Damschen told The Salt Lake Tribune on Monday that he is “excited I can focus on helping to find a solution to one of the most perplexing situations” that the state is facing.

He will succeed Grant Whitaker, who is retiring after 42 years leading the nonprofit housing organization.

“Housing affordability is such an acute problem in this state,” Damschen said.

Damschen is likely to more than double his earnings in his new job. The newspaper reported that Damschen’s current wages and benefits totaled $218,957 last year, while the CEO of the Utah Housing Corp. received $442,947 in total compensation.

Damschen served as NAST president for a term that ended in December 2019 and has been the state treasurer of Utah since 2015.

He initially served as temporary state treasurer at the appointment by the governor to fill a vacancy caused by the resignation of his predecessor, Richard Ellis.

Utah Gov. James Cox, a Republican, will appoint Damschen’s successor who will run in a special election to fill the remainder of his four-year term.

CarParts.com and Technoglas Are Aggressive Growth Stocks
Relief Rally For Chinese Tech
This Week’s Must See Earnings Charts
Getting started with dividend investing
Top Stock Picks for the Week of Aug 13, 2018