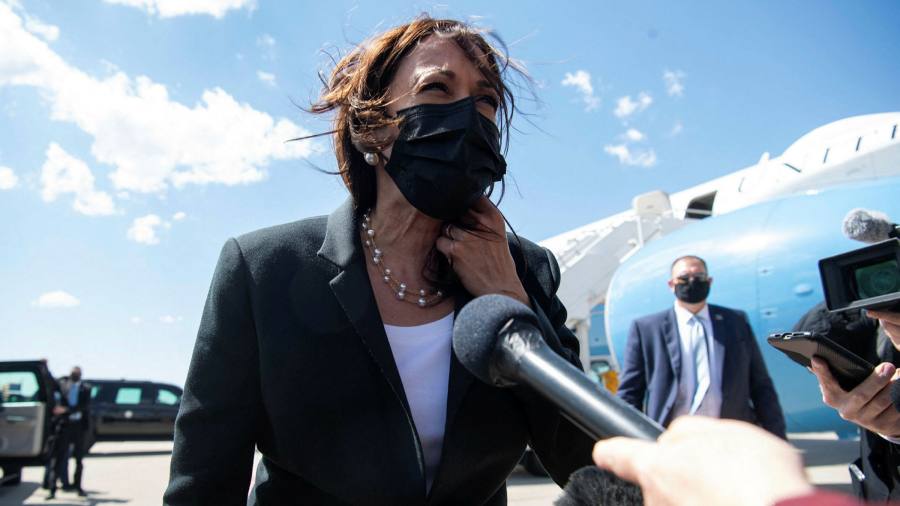 The US will restrict incoming travel from India, a decision announced by the White House on Friday as the Indian government tallied another worldwide record for daily coronavirus cases with more than 400,000.

Jen Psaki, the White House press secretary, said in a statement the restrictions would begin on Tuesday. Though Psaki did not specify which limitations would be imposed, they are expected to resemble other international travel restrictions, which bar non-American citizens from entering the US if they have been in an affected country in the last 14 days.

The Biden administration announcement came on the day India reported more than 300,000 new cases of Covid-19 for the ninth day running. Official data shows about 3,000 people a day are dying from the disease, although most experts believe the true number is far higher.

In her statement, Psaki said the White House took action following advice from the Centers for Disease Control, citing the “extraordinarily high Covid-19 caseloads and multiple variants circulating in India”. Kamala Harris, the US vice-president whose mother immigrated to the US from India, said national security advisers also recommended the move.

The US has already banned non-citizens from entering if they have been in several foreign countries in the previous 14 days, including in the UK, much of Europe, China, Iran and Brazil.

Other countries have already restricted travel from India in an attempt to prevent the spread of the B.1.617 variant, which is believed to be behind much of the outbreak across India.

The UK announced last week that only British and Irish citizens could enter from India, and travellers would have to isolate in a government-approved hotel for 10 days. Germany and Italy have enacted similar measures.

The restrictions come days after the US announced a package of support to help India battle the pandemic, including oxygen and materials to make vaccines.

“We have a responsibility as the United States, in particular as it relates to the people we have partnered over the years, to step up when people are in a time of need,” Harris said on Friday. “We have a longstanding, decades-old relationship with India, with the Indian people, in particular around public health issues.”

The White House also announced this week that it would export 60m doses of Oxford/AstraZeneca’s vaccine, which has not yet been approved for use in the US, to other countries. Though the administration has not yet confirmed which countries would receive the doses, Joe Biden, US president, has said he expected India to be one of them.