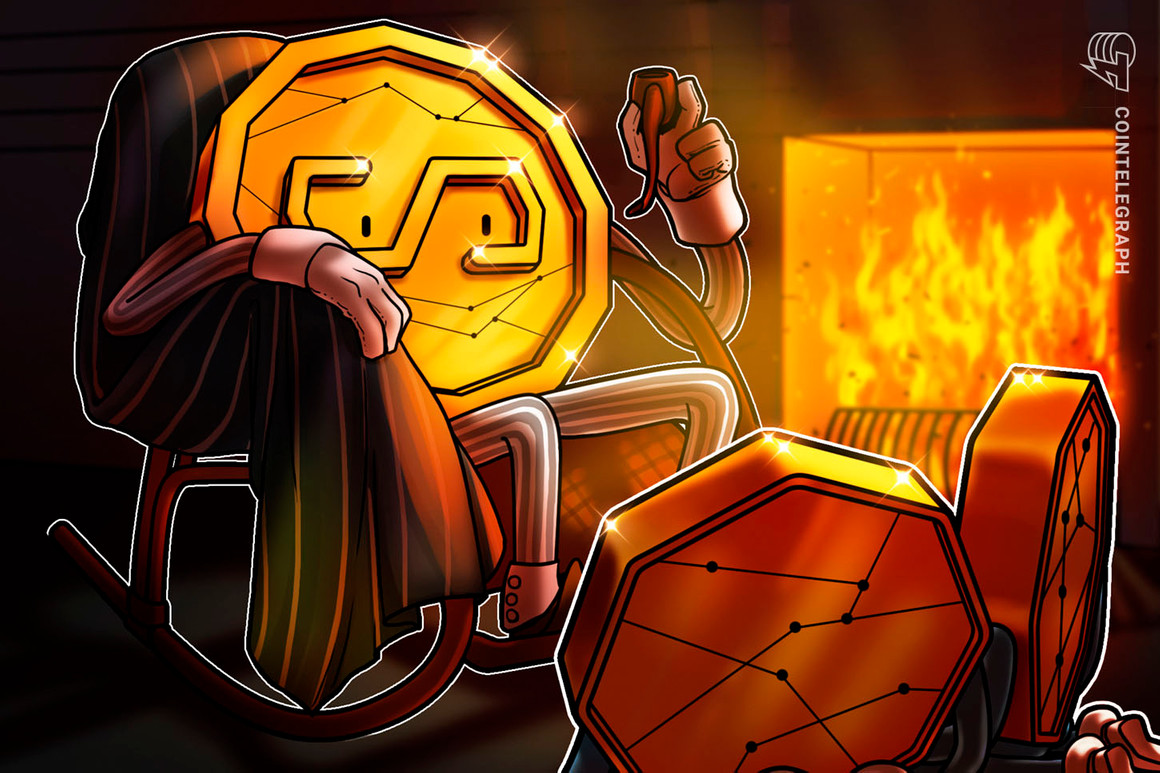 Bitcoin (BTC) and other cryptocurrencies have opened the doors to a whole new world of finance. In their most basic form, cryptocurrencies allow people to transact in a fully trustless, transparent and efficient manner, cutting out the centralized intermediaries and counterparty risk previously associated with digital money transfers.

Thanks to blockchain technology, value can now be transferred on a worldwide scale within seconds/minutes and with relatively low fees — but that’s not all. However, Bitcoin and Ether (ETH) are still too volatile to be used as currency, a factor that has hindered their mass adoption.

Although Bitcoin and blockchain technology are still in their infancy, volatility is still predominant in the industry, which has led to the creation of something that takes the best of both worlds — stablecoins. Popular examples include Tether (USDT) and USD Coin (USDC).

While cryptocurrencies themselves are volatile, their underlying technology can be leveraged to create assets pegged to and backed by more stable assets, such as fiat currencies, precious metals and others. These stablecoins are mostly used for common payments and exchange settlements. Certain stablecoins have become extremely popular since they are pegged to the United States dollar and have attained a market capitalization of over $51 billion for USDT and around $14 billion for Coinbase-backed USDC.

Stablecoins have become a new asset class of their own, seeing popularity grow among both retail and institutional demographics alike for their unique properties. Now, decentralized finance and nonfungible tokens are the new game-changers of the industry and, together with stablecoins, provide new and exciting possibilities for financial inclusion.

The concept of coins like USDT is simple. In theory, companies backing these stable cryptocurrencies keep a reserve of the underlying asset — in this case, the U.S. dollar — and issue the corresponding amount of blockchain-based tokens.

However, stablecoins have issues of their own. The most prevalent is the fear that stablecoin issuers can manipulate their reserves and audits to issue unbacked tokens. While iFinex — the parent company of crypto exchange Bitfinex and a USDT issuer — is adamant that USDT is always 100% backed by reserves, some in the industry remain skeptical as seen by the recently settled court case between the New York Attorney General’s office and Tether.

The aforementioned issues have prompted developers and entrepreneurs in the space to create decentralized stablecoin systems, the most popular of which is MakerDAO and its USD pegged token, the Dai. MakerDAO uses Ether (ETH) to create a decentralized and verifiable reserve for stablecoin issuance.

Other options are also available. Kava has leveraged a similar system to create crypto-backed stablecoins that are pegged to the USD, allowing users to provide liquidity with multiple assets such as Bitcoin and XRP in order to issue USD-pegged stablecoins. John Wu, president of Ava Labs — the team supporting the development of Avalanche — told Cointelegraph:

“Decentralized stablecoins have played a vital role in the growth of DeFi. Without the innovation of MakerDAO to create synthetic U.S. dollars backed by crypto, the ecosystem would not be nearly as mature as it is today.”

While it is a novel concept, it can also be dangerous for those providing liquidity to the system. Given that Dai is backed by Ether, a high collateralization ratio must be provided by participants who are also exposed to the risk of being fully liquidated should the price of Ether drop drastically.

When speaking about the launch of new concepts like the hybrid stablecoin, Wu mentioned a recently launched FRAX stablecoin that combines collateral and algorithmic supply controls, adding: “The innovations provided by the likes of MakerDAO and Kava come, however, at a high risk, which is intensified by the high congestion rates of the Ethereum blockchain.”

The issue with the underlying asset

For example, Five5Five has created and will soon launch a new stablecoin model where a stablecoin can be pegged to the U.S. dollar while removing the danger associated with volatile cryptocurrency reserves. The USD Reserve (USDR) is a gold-backed cryptocurrency that can maintain a one-to-one ratio with the dollar.

This solution protects against the potential liquidation and price fluctuations associated with decentralized stablecoins. At the same time, such a coin can be backed with a high collateralization rate that will allow it to balance volatility or a sudden change in market situations. In this example, the company has chosen to issue the stablecoin on the Bitcoin Ultimatum blockchain — a decentralized ecosystem with smart contracts, leased-proof-of-stake mining algorithm in conjunction with proof-of-authority, private transactions, and leasing and staking solutions. Eric Ma, CEO of Bitcoin Ultimatum, told Cointelegraph:

“The BTCU blockchain was particularly selected for the development of the USD Reserve (USDR) stablecoin because of its capabilities, such as high-speed transactions, ability to conduct anonymous transactions, improved scalability, smart contract capabilities and multi-chain interoperability.”

While other projects have also tried to tackle the issue of protecting users against the volatility of the underlying asset by using “baskets” of fiat currencies instead of one single currency, to issue a stablecoin that is pegged to various assets, most have so far failed to achieve this feat — most notably, the Libra project by Facebook, which has been stopped on its heels by regulators, much like Sogur.

USDR will allow holders to hedge against the inflation of a single fiat currency — USD — given that the coin is backed by gold and not fiat or a volatile cryptocurrency. Jeremy Harbour, CEO and founder of Five5Five, told Cointelegraph: “The internet needs a reserve currency. The sheer demand for stablecoins demonstrates that the challenge is always what sits behind these stablecoins.” He added that the gold reserves were obtained by the company “in partnership with artisanal gold miners and so brings much-needed capital into some of the poorest places in the world to provide much needed direct investment into their communities.”

While USDR aims to create a stablecoin for the U.S. dollar that protects users against inflation and downward price swings, and MakerDAO and Kava have tried to use cryptocurrencies to provide a trustless solution, other projects have gone for a simpler approach.

Projects like DigixDAO and Paxos issue stablecoins pegged and backed by precious metals such as gold. However, they still rely on centralized reserves, raising the same issues that plague USDT, USDC and, to a degree, even USDR.

In a bid to solve this issue and provide users with a semi-decentralized solution for precious-metal backed stablecoins, Aurus has issued precious-metal-based coins for gold, silver and platinum that are backed and pegged to these assets.

However, instead of using centralized reserves, Aurus works with multiple metal producers and foundries to create precious-metal-backed tokens that have distributed reserves, ensuring that users are always protected against single points of failure. Guido van Stijn, CEO of Aurus, told Cointelegraph:

“We could have built a centralized solution, but if we want mass adoption for products like AurusGOLD and AurusSILVER, we need the acceptance of the precious metals industry itself while making our system open and beneficial for everyone.”

While none of the solutions mentioned above are 100% perfect, the thought process behind the continued development of stablecoins is a quite noticeable one. So much so that governments are also working on their own version of stablecoins, known as central bank digital currencies, and countries such as China have already begun testing these systems.

However, many worry that CBDCs will be nothing more than virtual versions of fiat currencies that will leverage centralized blockchains, offering no real innovation. As such, it’s interesting to see how the cryptocurrency community will continue to invent and develop new solutions for stablecoins, while Bitcoin continues on its path to fulfilling its ultimate goal of replacing fiat currencies completely — something that may or may not happen.