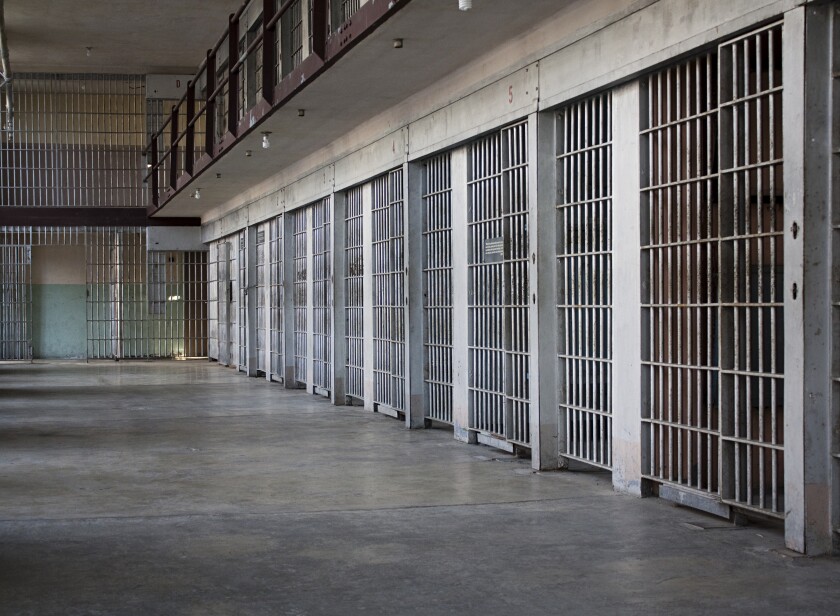 The last financer of a controversial prison offering in Alabama has abandoned the plan, leaving the fate of the new facilities in doubt.

A spokesperson for Alabama was not immediately available.

Stifel announced Monday it is no longer involved with any of the parties in the bond offering that had been planned by the state. The deal would have let private prison operator CoreCivic Inc. build and own two mega-prisons that would have been run and staffed by the Alabama Department of Corrections for the next 30-years.

“This transaction ceased weeks ago when it was withdrawn from the market by Barclays, the lead underwriter,” a spokesperson from Stifel told The Bond Buyer. “We are no longer engaged with the parties associated with financing this project.”

Last month, Alabama said would continue to go forward with the $850 million public-private partnership lease-back deal after lead underwriter Barclays Capital and co-manager KeyBank Capital Markets pulled out as did the conduit issuer, Public Finance Authority. Stifel was a co-manager on the deal.

Stifel’s decision to disassociate itself from the transaction came as the firm reconsidered its role after pressure from various social groups.

Bloomberg News reported Monday that a Stifel spokesperson confirmed an email was sent to activists who had urged the bank to withdraw from the transaction.

“Stifel is no longer engaged with CoreCivic, any conduit or the state of Alabama regarding the financing of this project,” Bloomberg quoted Joel Jeffrey, senior vice president for investor relations, as saying.

In a May 4 letter sent to Stifel CEO Ronald Kruszewski, the Communities Not Prisons coalition, urged the bank to pull out of the transaction.

“Please hear us. Please listen to us when we say that the racist prisons Stifel is financing will haunt and harm our communities for decades. And then, please act,” Veronica Johnson of the Alabama Justice Initiative, wrote in the May 4 letter. “Please follow the example of Barclays, KeyBanc, and the Public Finance Authority of Wisconsin by permanently suspending your involvement with this ill-advised project.”

The coalition includes the Alabama Appleseed Center for Law & Justice, The Ordinary People Society, Block the Brierfield Prison, No Prison for Tallassee, The Alabama Students Against Prisons, and The National Council for Incarcerated and Formerly Incarcerated Women and Girls.

In a May 6 response to the letter, Jeffrey said the company appreciated the group’s viewpoints regarding the environmental, social and governance issues surrounding the business.

“Although there are many sides to this issue and little common ground, we believe that there is a general acknowledgment that the state of Alabama faces challenges in the current and historical operation of its correctional systems,” he wrote in a letter to Johnson.

Separately, state auditor Jim Zeigler and state Rep. John Rogers filed a lawsuit on May 1 to block Gov. Kay Ivey’s prison plan on the grounds that it violates the state constitution

“The plaintiffs in this bipartisan lawsuit and request this court issue a declaratory Judgment and injunctive relief against the defendants for entering into, and attempting to execute, a contract that violates the Alabama constitution and Alabama law,” the court filing says.

The suit says the state constitution expressly provides that “no new debt shall be created against, or incurred by this state, or its authority” except to “repel invasion or suppress insurrection” and then only if two-thirds of legislature approve. Otherwise, “any act creating or incurring any new debt against this state, except as herein provided for, shall be absolutely void.”

The lawsuit says, in addition, “the lease agreements obligate the state to pay interest on the bonds that will be issued to finance the construction of the prisons, another long-term debt that violates the Alabama constitution.”

The suit seeks a judgment from the court that nullifies the lease agreements and an injunction that suspends Ivey’s plan.

Social Media Stocks: What to Expect in Earnings for FB, TWTR, LNKD
How many stocks should I buy?
This Week’s Hidden Gems: (HDSN)(JBT)
Should You Hide Out in Wal-Mart’s Stock?
Small Account Options Strategy with a Big Return on Investment