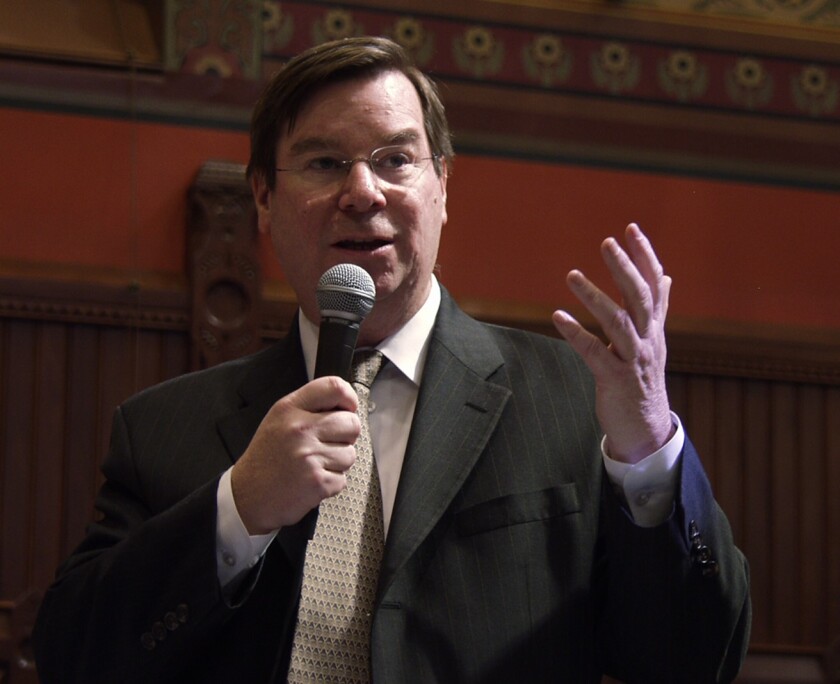 Connecticut officials remembered Robert Ward as a diligent lawmaker and state auditor whom both sides of the political aisle respected.

Ward, a North Branford lawyer who led the Republican minority caucus in the House of Representatives for 12 years and was one of two state auditors from 2011 to 2016, died Sunday after a long illness. He was 68.

“Bob Ward was a quintessential public servant,” Gov. Ned Lamont said in a statement. “He was smart, principled, hardworking and never forgot about where he came from and the people he dedicated his career to serving.”

Ward, first elected to the House of Representatives in 1984, represented the 86th District — North Branford and parts of East Haven, Guilford, and Wallingford — over 11 terms.

Republican colleagues chose him for six terms as House minority leader, from 1995 to 2007, making him the longest-serving caucus leader in modern Connecticut history.

“Bob Ward was a true gentleman and the nicest person you could meet in politics, qualities not always seen in this business today,” said House Republican Leader Vincent Candelora, R-North Branford, who holds Ward’s former seat.

“Bob never gave up on what was important to him and his values, and that, combined with a wry sense of humor and keen sense of purpose, earned him broad respect.”

In 2004, he led the House GOP caucus through the investigation and eventual resignation of Gov. John Rowland, a fellow Republican. Rowland served two separate prison terms on federal corruption charges.

Ward was state motor vehicles commissioner under Gov. M. Jodi Rell and a member of the UConn board of trustees from 2007 to 2010.

The General Assembly in 2011 named Ward auditor of public accounts, one of two such positions in Connecticut. He retired in 2016.

Ward grew up in Derby and graduated from Notre Dame High School in West Haven. He earned his bachelor’s degree from UConn and his law degree from the University of Cincinnati.