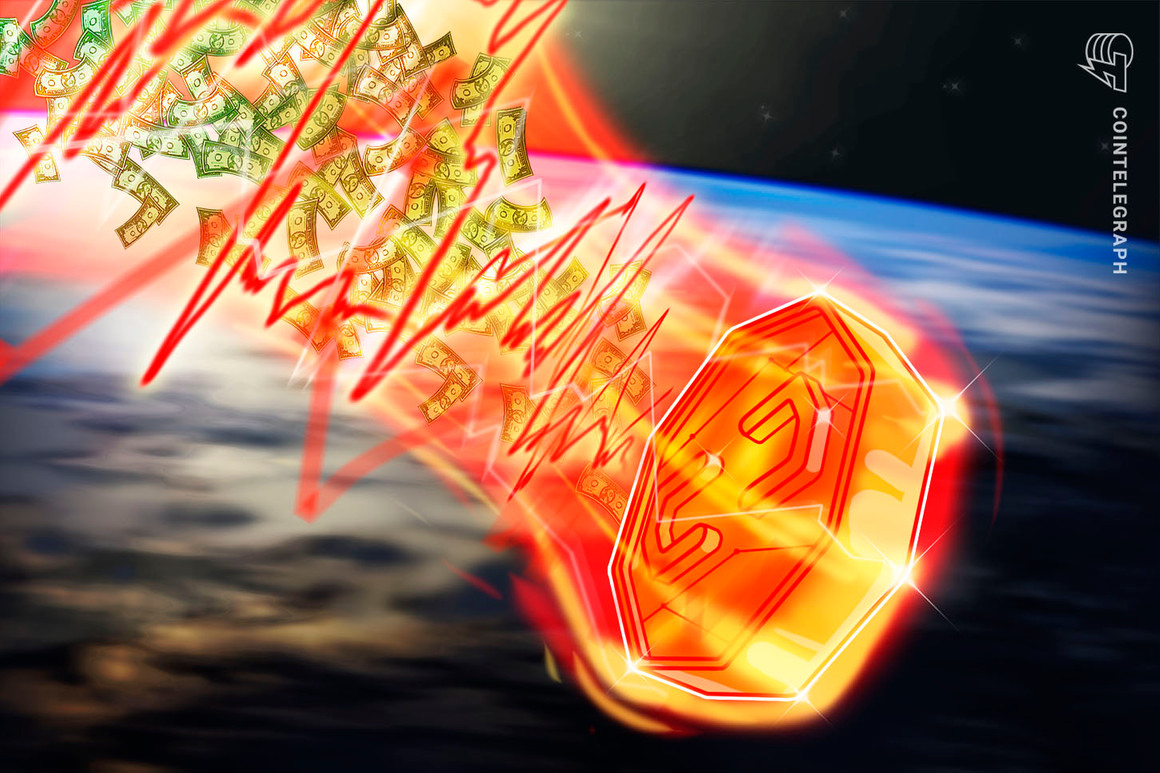 The global cryptocurrency market cap lost in excess of $350 billion overnight leading into Wednesday, May 19, as Bitcoin (BTC), Ether (ETH) and a majority of the altcoin market lost between 15–30%.

Tuesday night’s plunge leaves the global market cap more than $750 billion worse off than it was this time last week. That figure equates to 30% of the $2.5 trillion peak reached by the combined market cap one week ago on May 12.

Other altcoins, particularly recent gainers, were subject to even worse reversals. Internet Computer (ICP) lost 32% during the past 24 hours, which took weekly losses to over 61%, and sent the coin crashing out of the market cap top 10, after appearing there so suddenly less than a month ago.

Other tokens that hit all-time highs during the past week saw similar losses to ICP. Nexo (NEXO) lost 30% of its market value last night, taking the weekly pullback to 43%.

Shiba Inu (SHIB) lost 29% on the day, which added to weekly losses of 66%. Shiba Inu’s sharp reversal predictably followed a barking mad surge which saw the Dogecoin (DOGE) imitator’s perceived value increase by over 2,000,000% since the start of the year.

Inflows of Bitcoin to major centralized exchanges soared during the past 24 hours. More coins were sent to trading posts than at any time since the “Black Friday” crash of 2020 — a fact that led CIO at Moskovski Capital, Lex Moskovski, to conclude, “People are scared.”