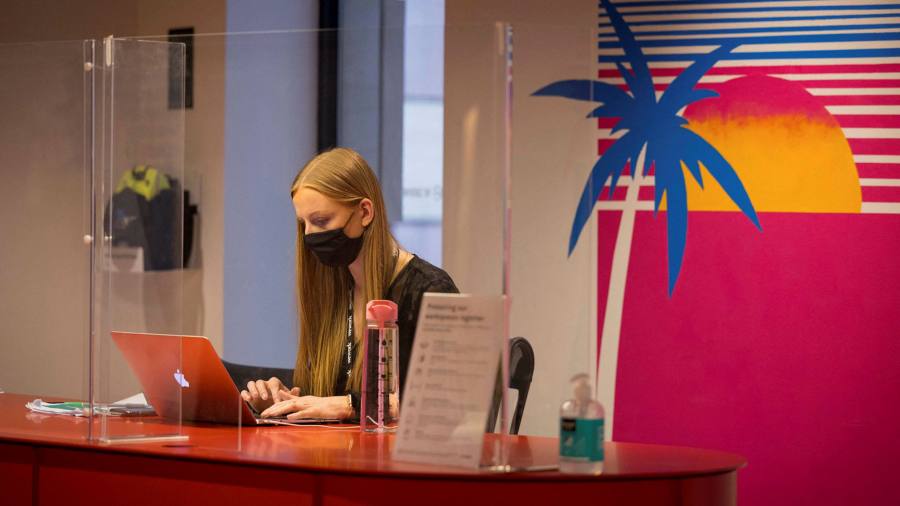 WeWork’s losses almost quadrupled to $2.1bn in the first quarter of this year, as the co-working company haemorrhaged more than a quarter of its members and shelled out hundreds of millions of dollars to restructure its property portfolio.

Documents seen by the Financial Times showed lockdowns and remote working in the pandemic drove WeWork’s losses sharply higher from the $556m net loss incurred in the first three months of 2020, which was mildly impacted by the coronavirus pandemic.

A settlement with ousted co-founder Adam Neumann also counted for about $500m of the loss, said a person close to the company.

The losses incurred so far this year add to a $3.2bn loss in 2020, revealed in documents shown to prospective investors in WeWork and reviewed by the FT.

The results underscore the extent of the challenge for WeWork, which told prospective investors in March that full-year revenues would climb rapidly from $3.2bn last year to $7bn by 2024. It is planning a second attempt at going public later this year.

The company expanded aggressively in the run-up to a planned initial public offering in 2019, taking leases in prime office buildings in major global cities such as London and New York. Stoked by billions of dollars of investment from SoftBank, its main backer, the company’s valuation peaked at $47bn in 2019.

But the valuation tumbled as investors scrutinised the company’s heavy spending and consistent losses, as well as the eccentric culture instilled by Neumann. Ultimately, the planned IPO was pulled and Neumann ceded his role as chief executive.

The person close to the company added that WeWork has access to liquidity of $2.2bn and, excluding one-off losses, “is on track operationally and financially”.

Under Sandeep Mathrani, who took over as chief executive in February last year, WeWork is cutting costs. Selling, general and administrative expenses almost halved to $274m between the first quarter of 2020 and the first quarter of 2021. The costs associated with opening new offices and running existing ones fell about $160m to $852m in the same period.

With new management promising a more sober approach, WeWork is again attempting to go public via a merger with BowX Acquisition, a special purpose acquisition company set up by Vivek Ranadivé, founder of the California-based software group Tibco, at a valuation of $9bn.

The deal will pump $1.3bn in cash into WeWork, $800m from institutional investors such as Starwood Capital, Fidelity and BlackRock and $483m in cash BowX raised in its initial public offering.