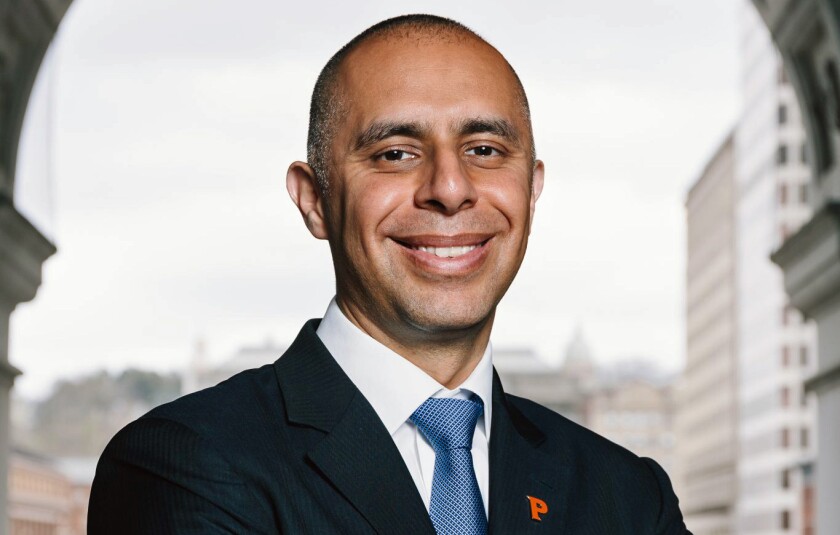 The amount exceeds the city’s annual operating budget. Bond markets often frown on such borrowing and sentiment among state officials who must sign off is uncertain. Skeptics also call the city’s fiscal management track record shaky, while memories linger of a fiasco in Woonsocket, which tried a similar move nearly 20 years ago.

Still, Elorza insisted, his 180,000-population city is backed up against a wall.

“Doing nothing is not an option,” he said on a Zoom press conference. He proposed special state legislation authorizing Providence to issue a 25-year taxable, fixed-rate bond, with an expected interest rate of 3% to 4%.

The city, he said, could also include a 10-year par call feature on at least a portion of the bond, enabling the city to refinance in the future after evaluating the cost.

“The pension payments are projected to grow year after year in a way that’s unsustainable for the city.” Elorza said. “It’s only a matter of time before they continue to squeeze everything else out of the budget so that we’re cutting deeper and deeper into the bone.”

“This problem is nothing new,” council president John Igliozzi said on the Zoom call: “We had it 10 years ago, 20 years ago, and et cetera.”

Elorza, elected in 2014 when he stymied ex-mayor Vincent “Buddy” Cianci’s comeback attempt, said the city would invest bond proceeds to cover payments, presuming it earns more on the pension fund investments than the 4% interest on the bond.

The funded radio for Providence is 22% despite 10 straight years of full actuarially required contributions, according to the city’s chief financial officer, Lawrence Mancini. Moody’s Investors Service called that ratio the equivalent to just 13% under its own standard discount rate adjustments.

The city’s expected contribution to the pension plan is $93.3 billion — up from $86.7 million the previous year — under Elorza’s $540 million fiscal 2022 spending plan before the council.

“When I talk to rating agencies, pensions are often considered the largest long-term concern for the city,” Mancini said. “And they are obstacles to future upgrades.”

In June 2020, Rhode Island’s Supreme Court ruled that the city is bound by its previous pension agreements with unions. Justices said the city violated the U.S. and state constitutions in 2012 when it indefinitely suspended cost-of-living adjustments.

“We can’t go back to retirees for public pensions,” Elorza said. “In essence, the Supreme Court told us that you can only do pension reform once, so that limits our options.”

Providence officials had underfunded their pension plans for years.

“The experience with pension bonds is that the risk far outweighs the rewards,” Sasse said. “And you have decades of the city making questionable financial decisions.

“It’s a riverboat gamble for the City of Providence and based on their past history, it’s not going to give the taxpayers any comfort.”

Although Elorza said the move has support among the city contingent in the legislature, state leaders on Smith Hill so far have been cautious.

“The governor has been quiet about it and the speaker hasn’t said anything,” Sasse said, referencing Gov. Dan McKee and House Speaker Joe Shekarchi, D-Warwick, respectively.

Both are new at their positions. McKee became governor on March 2 when Gina Raimondo left to become U.S. commerce secretary. Shekarchi succeeded Nicholas Mattiello as speaker — a position more powerful than the Senate president due to political quirks — when the latter lost his re-election bid.

“It’s viewed by many people as being a risky strategy,” he said. “It was very much at the heart of the Detroit bankruptcy, and the Stockton, California, bankruptcy. It didn’t go well in Woonsocket, Rhode Island. It has worked in other places.”

Woonsocket, a 40,000-population city 15 miles northwest of Providence, funded its wobbly pension account with a $90 million voter-approved bond in 2002, at a 6% interest rate over 30 years.

“It’s going to be a controversial issue and it’s too important to let politics make the decision,” Sasse said of the Providence plan. “The legislature has to do its due diligence.”

Pensions were also at the center of another Rhode Island fiscal mess: the 2011 Central Falls bankruptcy. When the city emerged from Chapter 9 in 2012, public safety pensions were cut substantially.

According to Pew Charitable Trusts, borrowing and issuing pension obligation bonds increased as a response to the coronavirus pandemic.

Pew said that in 2020, states and localities issued more than $10 billion in deficit bonds to cover pandemic-related budget shortfalls, over terms ranging from three to 12 years. Governments issued a further $6 billion in pension bonds, the largest volume in more than a decade. California cities, towns and counties sold the majority of those issues.

Taking on such massive debt is even more risky amid COVID, according to Sasse.

“The city has picked an unusual time to exchange soft debt for hard debt,” Sasse said. “You cannot predict what the city of Providence will look like coming out of the pandemic. There are factors out of its control.”

Sasse added that the pitch to rating agencies would be easier if city officials packaged the plan with cost-cutting.

Financial alarm bells for the city’s economy include revelations that the owner of its 1.3-million-square-foot downtown Providence Place Mall has fallen behind on its mortgage payments. The mall and garage, financed through a state bond, opened in 1999. A treaty with the city that sharply reduces taxes for the mall owners runs through 2028.

Chicago-based Brookfield Properties has owned the mall since 2018. According to Fitch Ratings, a mortgage loan was transferred to special servicing on April 28 “for imminent monetary default,” ahead of its scheduled May maturity date.

The mall’s Nordstrom anchor store closed in January 2019, ahead of its scheduled February 2020 lease expiration, although a Boscov’s department store backfilled the tenant’s vacated space and opened in September 2019.