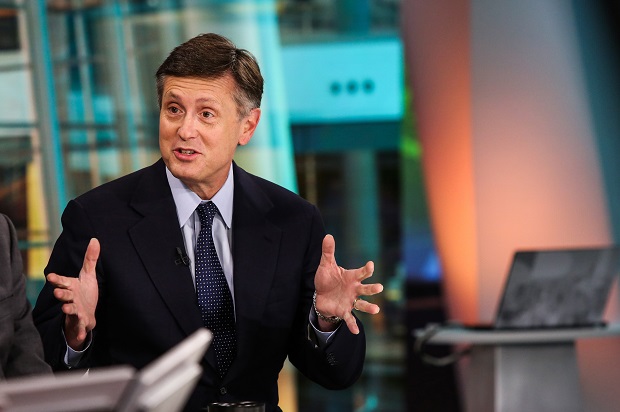 “It may well be” that “in upcoming meetings, we’ll be at the point where we can begin discuss scaling back the pace of asset purchases,” Clarida said Tuesday in a Yahoo! Finance interview. “I think it’s going to depend on the flow of data that we get.”

Fed officials are increasingly debating whether it will soon be time to discuss paring back the program, which is currently purchasing assets at a pace of $120 billion per month. They’ve said they won’t begin tapering purchases until the economy has made “substantial further progress” toward their employment and inflation goals, a condition many Fed watchers believe will be met later this year.

Minutes of their meeting last month, at which they left interest rates near zero, showed that a number of officials were open to beginning that discussion at “upcoming meetings” if the economy continued to advance rapidly. The policy-setting Federal Open Market Committee next gathers June 15-16.

U.S. consumer prices showed hotter-than-expected inflationary pressures in April, according to a recent Labor Department report. Fed officials have largely written them off as owing to transitory factors associated with supply-chain bottlenecks and the reopening of service industries as the pandemic recedes.

Clarida repeated Tuesday that he believed those pressures would “prove to be largely transitory,” arguing that the details of the report were consistent with that view.

“The most recent employment report really highlights a fair amount of near-term uncertainty about the labor market,” Clarida said. “I myself think that the pace of labor-market improvement will pick up.”

Clarida was appointed to his position in 2018 by President Donald Trump, and his four-year term will expire early next year. During the interview, he was asked whether he’s had any discussions with the Biden administration about a possible reappointment.

President Joe Biden will also soon need to make a similar decision about whether or not to replace Fed Chair Jerome Powell, who was appointed by Trump to a four-year term beginning in 2018 as well.

“I have not had any such discussions,” Clarida said. “I am enjoying being Fed vice chair enormously, it’s been an enormous privilege to do it, and I’m eager to get as much done as I can in my remaining time in this position.”