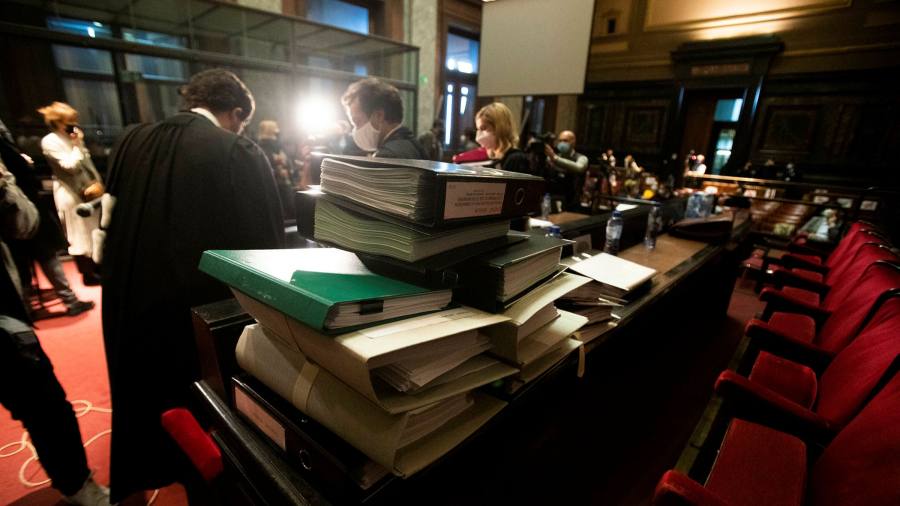 The EU has demanded damages potentially amounting to billions of euros from AstraZeneca if the company fails to increase deliveries of its Covid-19 vaccine by next month.

The EU wants the company to pay penalties of €10 a dose a day if it does not supply 20m extra shots the European bloc wants by the end of June, its lawyer told a court in Brussels on Wednesday.

The demand is part of a lawsuit launched by the European Commission in an effort to force AstraZeneca to deliver 90m doses in the second quarter of the year rather than the 70m currently scheduled. The legal action is an escalation of a battle between the EU and the company over longstanding delivery shortfalls.

AstraZeneca said its lawyers would outline its case later on Wednesday. The company has consistently argued that it made the contractually required “best reasonable efforts” to fulfil the EU delivery schedule.

Gilead’s Stock is on Sale: Should You Buy?
Should You Hide Out in Wal-Mart’s Stock?
This Week’s Hidden Gems: (BABY)(COHR)
5 Perfect Earnings Charts
Focus on Consistency NOT on Hitting Home Runs on Your Trades