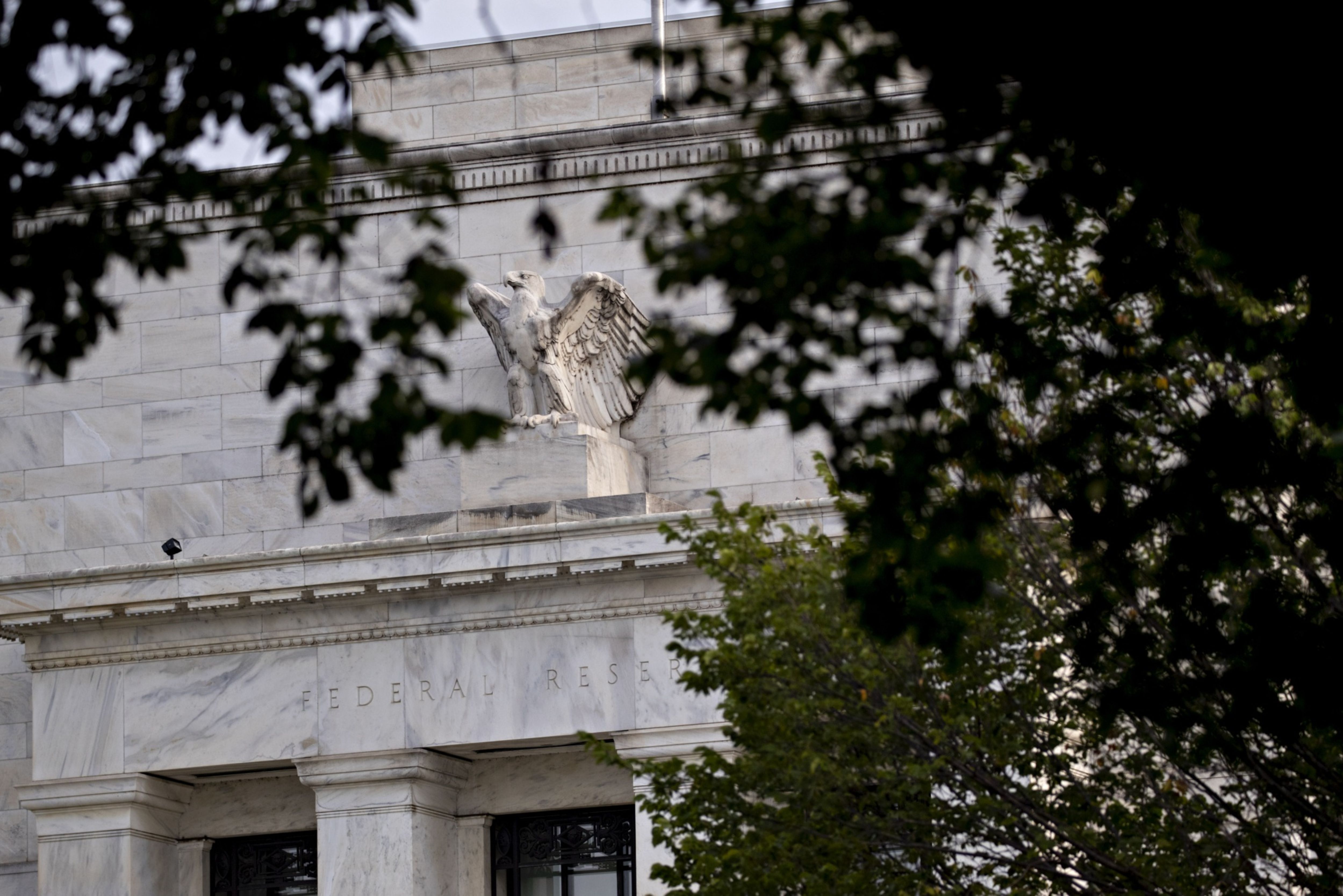 There’s so much spare cash sloshing around U.S. funding markets that investors are choosing to park almost half a trillion dollars at the central bank — earning absolutely nothing.

Usage of the Federal Reserve’s reverse repo facility — a mechanism that’s part of the central bank’s arsenal for helping to steer short-term interest rates — surged on Thursday to an unprecedented $485.3 billion. And with the forces driving the dollar glut still some way from abating, that figure could climb further, adding fuel to an increasingly complex debate about what the Fed should do with its various tools to keep a rein on policy.

While the offering rate on the Fed reverse repo facility is 0%, there is a lack of alternative places to safely stash money for very short periods. On top of that, some of those — like Treasury bills and market-based repurchase agreements — have seen their rates fall at times to negative levels, meaning investors are essentially paying for the privilege of putting their money somewhere. Compared to that, 0% doesn’t seem so bad.

The RRP facility, as it’s commonly called, is “the only safety valve” for the pressure that’s been building up in money markets, according to Gennadiy Goldberg, a senior rates strategist at TD Securities in New York. “It’s really just holding back the flood of cash coming.”

The massive buildup of dollars in the funding market is in part related to the Fed’s huge monthly bond-buying program, and is therefore providing fodder for the debate about just when and how quickly the Federal Reserve ought to begin dialing back its asset purchases. But the connection between the purchases and short-end dislocations is not straightforward. Many observers doubt that this as an issue that will substantially move the Fed’s position on tapering, and it is the prospects of sustained inflation and interest-rate hikes that are seen as the key drivers of that discussion.

“I don’t think tapering is going to solve this,” said Subadra Rajappa, a strategist at Societe Generale. “Tapering is only going to add to the confusion. If they taper asset purchases, it’s going to roil global markets.”

The enormous amount of fiscal stimulus being pumped into the economy is also playing a role in the glut, as is the need for the Treasury to curtail the amount of money it has on hand so it can meet a looming legal requirement on cash levels that is linked to the reinstatement of the federal debt ceiling.

This drawdown in the Treasury general account is not only boosting the amount of cash reserves in the system in search of a home, but the speed at which it’s happening also means there are fewer instruments for short-end investors to buy. That’s because one of the easiest ways to reduce the cash balance is to not issue as many Treasury bills — the government’s shortest-term instruments — when the old ones mature.

Simply putting the cash to work in a bank account is also not a ready solution, with regulatory constraints spurring some banks to turn away deposits, which instead flow toward money-market funds and feed the abundance.

Usage of the Fed’s RRP facility has now exceeded levels typically only seen at key dates in the funding calendar — even though the current period is not typically a major crunch point. The previous record volume of $474.6 billion took place on Dec. 31, 2015, while the next biggest day was also on the final day of a year. Month-and quarter-end periods have also been known to show some signs of stress, so it’s a distinct possibility that usage will climb again on Friday, the final trading day of this month, although many observers doubt that it will stop there. Results of the next operation are set to be published around 1:15 p.m. Friday afternoon New York time.

Indeed, some argue that the facility is doing exactly what it’s supposed to, and that is why the Fed recently increased the amount of business that each organization can do with it, as well as the accessibility of it to new counterparties.

By providing a venue for funds, the Fed is relieving some of the downward pressure on front-end rates if everyone had to go into repo or T-bills. And that in turn enables them to keep their key benchmark, the effective fed funds rate, within its goalposts.

That rate is currently hovering around 0.06%, in the lower end of the Fed’s zero to 0.25% target range, but still acceptable to officials. A decline in other market-based front-end rates could once again bring to the fore talk of changes to so-called administered rates, the different levels that the Fed sets for excess reserve holdings and the RRP facility. But so long as the front-end remains in check, the Fed also has the option of standing pat.

SocGen’s Rajappa doesn’t see a catalyst for them to shift IOER or RRP rates and said that even if the Fed did tweak them “there will still be demand for the reverse repo facility.”