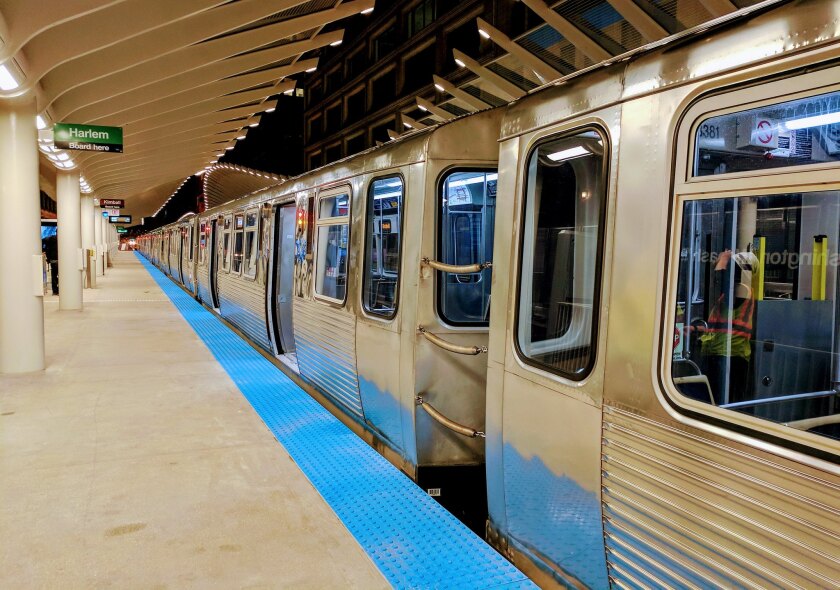 The Chicago Transit Authority heads into the market next week to refund $127 million of federal grant anticipation-backed bonds with positive rating news in tow.

S&P Global Ratings lifted its outlook to positive from stable on a portion of the CTA’s grant-backed bonds being refunded, citing improving coverage ratios.

S&P also moved the outlook to stable from negative on the agency’s sales tax backed bonds, which are not part of the transaction, as pressures have eased on operations due to the infusion of federal aid that will help the agency manage COVID-19 struggles through 2023.

S&P rates the 5307 bonds A and now assigns a positive outlook while the 5337 bonds are rated A-plus with a stable outlook.

Like all grant anticipation revenue vehicle, or GARVEE, bonds, S&P assumes the federal legislative framework and congressional appropriations will continue through the enactment of multiyear authorizations or ongoing temporary extensions. That assumption is based on lawmakers’ track record and the view of the political and economic importance of national highway and mass transit systems.

The CTA will have about $338 million in Garvee debt outstanding after the issue including $143 million with the 5337-backing and $195 million of 5307-backed bonds, S&P said. The CTA is not planning new money in the near-term.

Fitch Ratings rates both series BBB with a stable outlook. The ratings “reflect the broad revenue pledge of all of the Department of Transportation’s or Transit Agency’s federal receipts and leverage covenants that help to mitigate the risk of diminished federal transportation receipts,” Fitch said.

With the upcoming expiration of the FAST Act at the end of federal fiscal year 2021, Fitch said its monitoring measures taken by Congress that could affect the program, including any multiyear reauthorizing acts or forms of interim funding.

“While there may be competing policy and funding priorities placed on the federal government as result of the pandemic, Fitch believes that the inherent essentiality of the program will result in supportive funding levels in the future,” analysts wrote.

The CTA also reaped a recent rating reward from S&P in the form of an outlook revision to stable from negative on its AA-rated senior sales tax bonds and A-plus second lien as federal cash pours in to help manage the clobbering transit agencies have dealt with due to COVID-19-related shut-downs that led to steep ridership declines.

“The outlook revision reflects our view that the stabilization of CTA’s underlying creditworthiness, supported by the recent infusion of federal grants to the mass transit sector as part of the American Recovery Plan Act, will bolster CTA’s liquidity position and provide important financial flexibility for the next 24-36 months,” said analyst Helen Samuelson. “Pledged sales tax revenue has continued to exhibit adequate to strong debt service coverage.”

Sales taxes declined a total of 9% overall last year, but that’s much better than the 30% fall predicted earlier in the pandemic.

The Regional Transportation Authority of Illinois provides fiscal oversight of the CTA, Metra commuter rail, and Pace suburban bus service. Federal aid has provided a life line for all the agencies as they deal with steep ridership drops that help fund operations.

CARES Act funding signed in March 2020 provided about $1.4 billion to the RTA’s service boards in total allowing them to avoid dire service cuts and layoffs. The RTA received $486 million of the Coronavirus Response and Relief Supplemental Appropriations Act approved Dec. 27. The RTA expects about $1.5 billion from the American Rescue Plan.

The CTA maintained service levels to ensure critical workers could get to their jobs and to leave room for social distancing. Ridership has been picking up as the city and state lifts restrictions with full reopening expected as soon as this month.