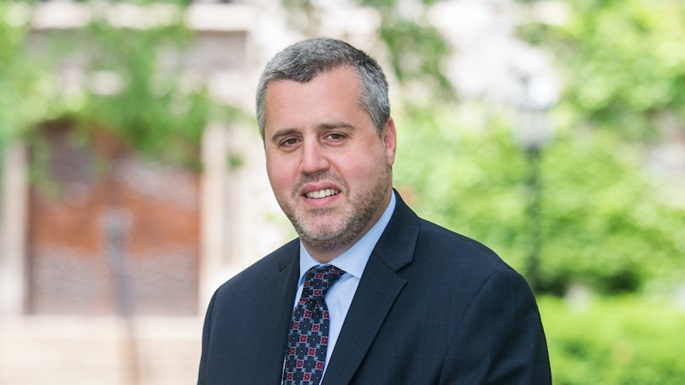 University of Chicago Chief Financial Officer Ivan Samstein is moving over to the hospital system to take the top fiscal post there at the end of the month.

The appointment of Samstein, who left his position as Cook County’s CFO to take the top fiscal role at the university in 2017, will carry the title of executive vice president and CFO of the University of Chicago Medical Center.

Samstein will oversee the system’s finances, plans for funding strategic growth, and assist in the development of key partnerships and in the implementation of the medical center’s new financial system to ensure its compatibility with the university system. Samstein’s hand will also remain in some university projects.

Having already worked closely with the health system Samstein “is well-qualified to lead our organization’s financial operations as we look to expand and be more integrated as a healthcare delivery system and manage any of the challenges ahead,” Kenneth Polonsky, dean and executive vice president for Medical Affairs, said in a statement.

Samstein, a veteran of the Army National Guard who served in Afghanistan, joined the nation’s second-most-populous county as deputy CFO in 2012 and a year later took over the top post. Samstein moved to the public sector after seven years in public finance banking at what’s now BoA Securities and previously worked for five years as a public finance analyst for Moody’s Investors Service.

The university will conduct a national search to replace Samstein and during the search Brett Padgett will serve as interim CFO. Padgett left public finance banking to join the university in 2017 as an assistant vice president for Financial Planning and Analysis and Chief of Staff for Finance and Administration, positions that assist the CFO. He held banking positions at Citi and JPMorgan. He is also a veteran of the U.S. Navy and served as a Special Operations Officer.

Samstein takes over the health system’s top fiscal job as the system like most in the not-for-profit healthcare sector are in recovery mode from fiscal strains due to managing the COVID-19 pandemic.

Fitch Ratings in March affirmed the system’s AA-minus rating and stable outlook. “UCMC’s operating margins continue to be affected by the coronavirus pandemic” but analysts believe “that the system’s operating platform remains fundamentally strong, in part because of the very tight alignment with UChicago and UCMC’s broad reach of high-acuity services,” the rating agency said.

The flagship academic medical center that is a separate 501 (c)(3) is located of the University of Chicago campus. While the university is not obligated on UCMC’s bonds, the system which includes three hospitals is a component of the university with a tight alignment. UCMC’s total operating revenue totaled more than $2.5 billion in audited fiscal 2020. It has about $1 billion of debt outstanding.

Moody’s Investors Service downgraded its rating to A1 from Aa3 in December 2019 as its margins were no longer in line with the rating category.

Small Account Options Strategy with a Big Return on Investment
Focus on Consistency NOT on Hitting Home Runs on Your Trades
Stock Trading Mistake: When You Are Right, But Still Lose
Directional Vertical Strategy with Protection from a Shorter Duration Vertical (Members Preview)
My Stock Dropped Over -20% – What Should I Do?