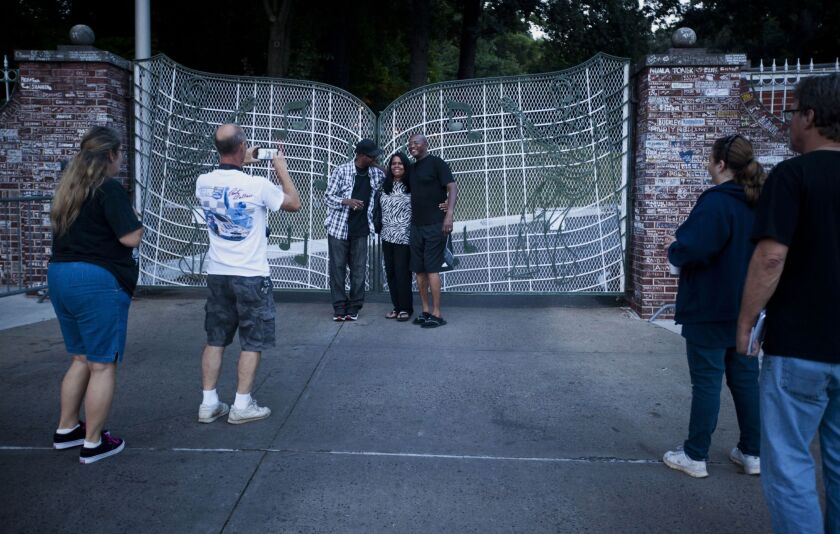 Lagging attendance at the home of the King of Rock and Roll continues to batter the tourist-tax municipal bonds that were issued to gussy it up.

The bonds were sold in 2017 for a development project at Graceland, the former residence and now resting place of Elvis Presley, which has become a worldwide tourist attraction in Memphis, Tennessee.

Loss of revenue from fewer visitors during the coronavirus pandemic is cited as the reason the bonds have been unable to generate enough money to pay the interest and now the principal on the debt service for some of the series.

Even though Graceland is now fully open, tourists have been returning at a slower-than-expected pace as the U.S. recovers from the pandemic. During the pandemic, strict regulations severely restricted travel and physical distancing protocols limited attendance when the home first reopened.

“The impacts of the pandemic continue to be felt in pockets of tourism. While places like Las Vegas have reported jumps in visitors, more nice areas like Graceland continue to be vexed by a sluggish return,” said Bloomberg Intelligence’s Eric Kazatsky.

Neither EDGE, which issued the bonds, nor the city or county, has any responsibility for the debt service or other payments associated with the bonds.

The Graceland campus was to be the centerpiece of a $137 million redevelopment project that also aimed to revitalize the Whitehaven neighborhood of Memphis.

A mix of public and private funds was used to finance the project, and included $124 million of private funds, public incentive funds and $125 million of municipal bonds.

With the state’s help, a tourism development zone was created with sales tax revenues going toward the project. The TDZ surcharge, 5% extra charged on all purchases at Graceland, went to help finance the development. Tax increment financing, with increases in property taxes from the Graceland, was also used. The bonds were to be repaid from the TDZ, the TDZ surcharge, the TIF and certain other revenues.

“The project was already showing signs of stress with subordinate bonds reporting issues in 2020,” Kazatsky said. “Most recently, senior debt has also flagged stress with some bonds drawing on reserves and others missing the July 1 payment.”

According to disclosure notices issued on July 7, payments on two series of the bonds weren’t made on July 1 because of insufficient funds.

“I guess folks are not buying enough pairs of blue suede shoes,” said John Hallacy, founder of John Hallacy Consulting LLC. “TIF districts always have a higher risk profile especially if the economy turns for any reason during the ramp up period and beyond.”

In January, the borrower missed an interest payment on the Series D bonds.

He added that it was anything but simple to sort it all out.

“We had some of the subordinates drawing on reserves last July, the Ds defaulting in January, seems like the Cs and Ds defaulting this month, and the As and Bs still using reserves,” Fabian said. “But this info has to be taken with a grain of salt. The EMMA filings have been full of typos in the past and have tracked inadvertent payments one way or the other. So it’s not an easy situation to sort out. It’s fair to say that visits to Graceland are down, and there are consequences for the underlying debt, all of them negative.”

While travel within the United States is now beginning to ramp up from the pandemic with American tourists beginning to come back to U.S. attractions, many foreign tourists, including Europeans, remain barred from the country.

Elvis Presley died in 1977 and is buried on the grounds along with other family members. Graceland was opened to the public in 1982, was listed on the National Register of Historic Places in 1991 and declared a National Historic Landmark in 2006.

The nearly 14-acre site now has a whole host of attractions and artists on tap for the summer and beyond. The Beach Boys will play a concert at Graceland on July 29 while Elvis Week 2021 will be held Aug. 11-17. Other groups such as The Monkees, the Nitty Gritty Dirt Band and Cheap Trick are also on tap as well as a performance of the Simon & Garfunkel Story and a haunted house for Halloween.

There are many homes of famous Americans that are still open to the public, such as Johnny Cash’s boyhood home in Arkansas, the Mark Twain house in Connecticut, and the Ernest Hemingway home in Florida.

“This case reminds me of when the Liberace Museum closed in Las Vegas. Of course, Elvis was an even greater presence worldwide,” Hallacy said. “They should be able to recoup, but there is the possibility that the situation may require some debt relief. It may be a Blue Christmas this year.”

The museum dedicated to the memory of the famous pianist and showman Liberace closed its doors in 2010 after a 30-year run as attendance declined and the cost of running it became a huge financial drain on the foundation that was set up to provide scholarships to college students.

Focus on Consistency NOT on Hitting Home Runs on Your Trades
Stock Trading Mistake: When You Are Right, But Still Lose
Directional Vertical Strategy with Protection from a Shorter Duration Vertical (Members Preview)
Should You Hide Out in Wal-Mart’s Stock?
My Stock Dropped Over -20% – What Should I Do?