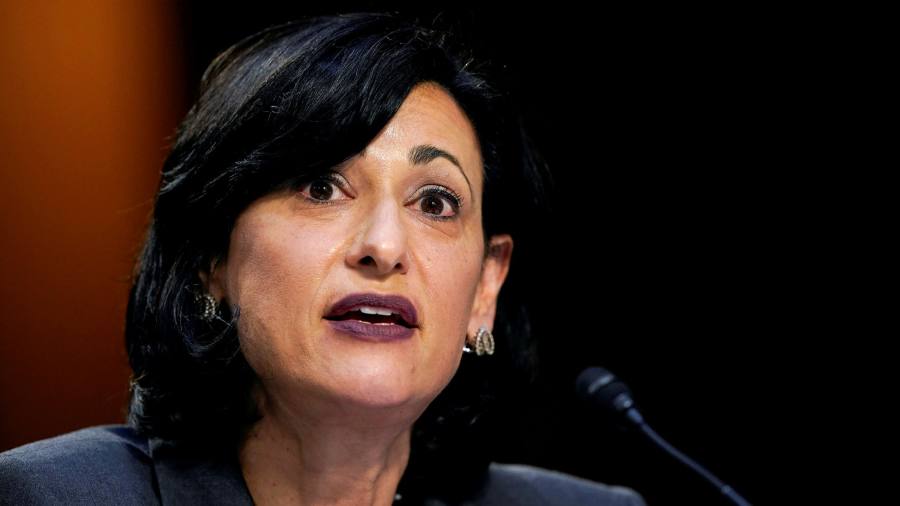 The US is experiencing a “pandemic of the unvaccinated”, the head of the country’s top public health agency warned, as new coronavirus cases have jumped 70 per cent in the past week.

More than 33,000 infections were reported across the US on Thursday, Rochelle Walensky, director of the Centers for Disease Control and Prevention, said at a press briefing on Friday morning. That boosted the seven-day average of new cases to about 26,300 a day, from a rate of roughly 15,500 a week ago.

“This is becoming a pandemic of the unvaccinated,” Walensky said. “We are seeing outbreaks of cases in parts of the country that have low vaccination coverage because unvaccinated people are at risk.”

Communities that have a higher share of fully vaccinated residents are “generally faring well”, she said, but health officials at federal and state levels have increasingly been pointing to high proportions of new Covid-19 hospitalisations and deaths among unvaccinated individuals.

Although the number of new cases remains far below the peak of the pandemic, the latest increase has raised concerns that new restrictions may once again be needed to keep healthcare systems from being overwhelmed, especially as the pace of vaccinations slows.

After a blistering start, the US’s inoculation campaign has lost momentum, with some people afraid or unwilling to get the jab despite plentiful supply.

The US has fully vaccinated 48.3 per cent of its population, according to the CDC. The rate of doses administered nationally dropped from a daily average of more than 3.4m in mid-April to about 421,000 a day in the week ended July 10.

In Mississippi, unvaccinated individuals made up 94 per cent of new Covid cases, 87 per cent of hospitalisations and 93 per cent of deaths this week, according to Thomas Dobbs, the state’s top health officer. Mississippi has the lowest level of vaccine coverage in the US, with just 33.6 per cent of its residents fully vaccinated.

Arkansas, Missouri, Florida, Nevada and Louisiana are all averaging more than 20 new cases per 100,000 people a day, according to the CDC, compared to a national average of almost eight, although vaccination rates in those states were now increasing, Zients said.

The rise in cases has also been linked to the highly transmissible Delta variant of Covid-19, which now accounts for more than half of new infections, according to the CDC.

Walensky’s warning comes as some counties and cities have brought back pandemic-era guidelines to guard against further outbreaks, particularly those linked to the Delta variant.

Los Angeles on Thursday announced it would reinstate its mask mandate this weekend, requiring individuals to again wear masks indoors, regardless of vaccination status. The decision comes barely a month after the city, alongside the rest of California, lifted the restriction on June 15 for fully vaccinated residents.

Chicago this week placed restrictions on unvaccinated travellers from Missouri and Arkansas, which are hotspots for the Delta variant.

Stocks to Buy on Lumber Crash
Option Strategy for a Major Stock Market Crash in 2018! – Butterfly
Are Oil Stocks Still a Good Buy?