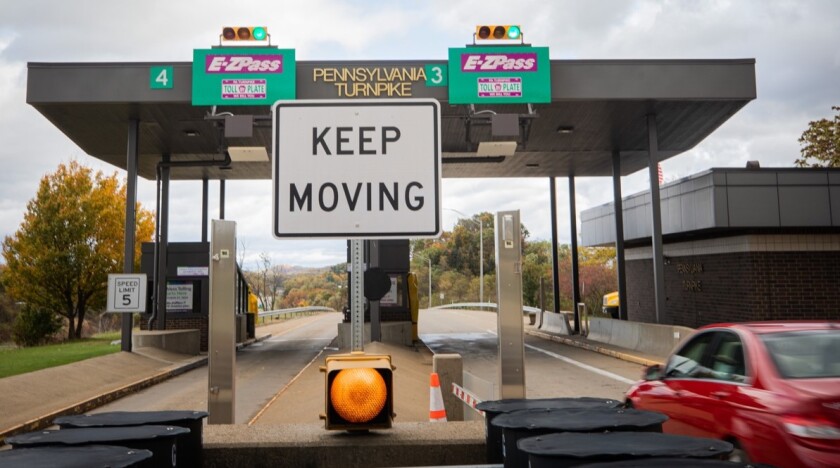 The Pennsylvania Turnpike Commission later this month will make its final $450 million payment to the commonwealth under a 2007 arrangement that went sideways and left the agency immersed in debt.

Starting in July 2022, the commission’s transit funding requirement to the state Department of Transportation under Act 44 will fall to $50 million annually, but these payments will continue until 2057.

The Federal Highway Administration rejected the tolling proposal, saying much of the I-80 revenue would have been “off-system,” but the debt remained and the Turnpike essentially became a cash cow for other transportation priorities statewide.

“Finally, we are seeing a light at the end of this very long tunnel,” said Turnpike Chief Executive Mark Compton, whose agency issued roughly $400 million negotiated sale of Series 2021B subordinate revenue bonds on Tuesday.

Still, the commission’s announcement about lower future debt payments and that its 14th straight year of toll hikes — this time 5% — marked the first time in six years the increase was under 6% did little to mollify bond analysts, editorial writers and beleaguered Keystone State commuters.

“There is a risk that the state legislature will require the Turnpike more contributions to statewide priorities, which would mean more subordinate debt, which could widen spreads,” according to analysts at CreditSights.

Since its passage, the Turnpike has sent $7.5 billion to the commonwealth, largely through subordinate lien debt and toll increases. The current bonds will fund the Turnpike’s fiscal 2022 contribution.

“Turnpike drivers will bear this cost until bond maturity in 2051,” CreditSights said.

“It’s very often more expensive to maintain declining infrastructure and infrastructure that’s falling into disrepair than it would be simply to invest in new infrastructure in the first place,” she said during Brookings’ 10th annual public finance conference.

“So this type of pattern has long-term fiscal implications.

“I think there’s an intriguing possibility that state and local governments cut capital more than current expenditures in a recession, and they don’t necessarily make up for it in the ‘good’ years.”

As Congress and President Biden’s administration haggle over a federal infrastructure bill, some states are acting on their own.

“I have no reason not to believe the administrations and authors in Congress did that because they wanted to have a lot of pent-up demand for an infrastructure package,” he said. “We’d love to be able have the flexibility to move the ARPA dollars into there but that’s up to Congress and not up to me.”

The politics of the funding and financing aspects of infrastructure have real ramifications. Traffic on Pennsylvania’s system has declined from COVID-19 and its related drop in economic activity.

According to CreditSights, traffic for fiscal 2020 and 2021 was down 10.6% and 5.2%, respectively, although it has risen in recent months. The Pennsylvania Turnpike went to all-electronic tolling last year and laid off toll workers.

“They need to keep Turnpike dollars with the Turnpike,” said Joseph Krist, publisher of Muni Credit News. “They can do tolling or they can do a vehicle mileage tax — neither of which are popular, either — but funding local roads with Turnpike money is nuts.”

The state, meanwhile, has not yet acted to replace the funds.

“To do so would require difficult political choices, and so we suggest investors monitor the debate,” CreditSights said. “Any changed that required the Turnpike to contribute additional funds is likely to lead to more leverage, which could push the subordinate bonds wider.”