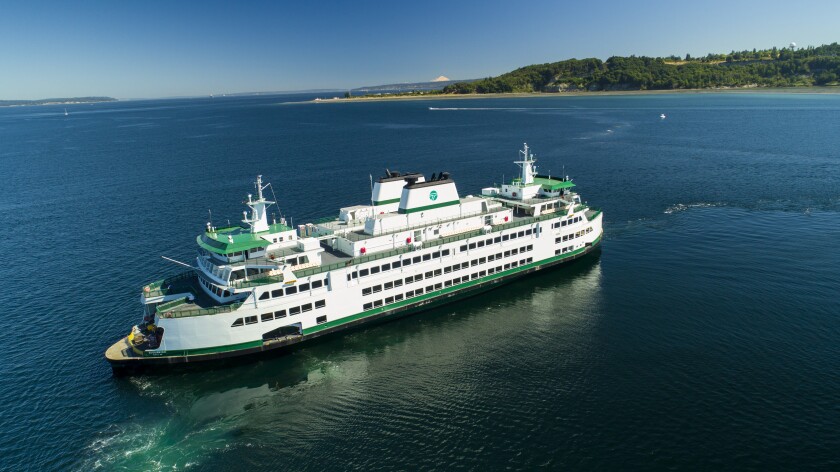 Ratings analysts pointed to the strength of the state’s economy and its ability to manage through the pandemic in affirming investment grade ratings of Aaa from Moody’s Investors Service, AA-plus from Fitch Ratings and AA-plus from S&P Global Ratings ahead of the deal. All assigned stable outlooks.

“Like all U.S. states, Washington faced a significant shortfall in tax revenues going into fiscal 2021 as a result of the coronavirus pandemic,” Moody’s analysts Kenneth Kurtz and Baye Larsen said July 20 in a credit opinion. “Revenues have, however, over-performed initial projections and the state now expects it will end fiscal 2021 with still sizable reserves.”

The state’s finance team on the deal, which includes Natalie Perkins of Montague DeRose as the municipal advisor and Foster Garvey as bond counsel, is expecting a favorable reception when the debt sells on July 29.

“Washington’s impressive economic recovery once again shows the state to be a good long-term investment,” Washington State Treasurer Mike Pellicciotti said. “We expect that our strong credit ratings coupled with the current interest rate environment to be favorably reflected in our July 29th sale.”

The Series 2022B motor vehicle fuel tax GOS will pay for state and local highway improvements and preservation projects, including improvements to State Route 99 through Seattle, improvements to Interstate 90 at Snoqualmie Pass East, and the construction of a hybrid electric Olympic class ferry vessel. The taxable Series 2022T bonds will provide funds for clean energy projects, affordable housing units, and basic infrastructure projects.

Washington’s economy had been characterized by exceptional growth and increased employment diversification prior to the pandemic-induced downturn, Fitch analysts said in a report ahead of the deal.

But then the state was the first to experience COVID-19 cases and to implement shelter-in-place protocols to slow the speed of the pandemic, and state revenues quickly reversed.

All pandemic-related restrictions were removed July 1 and the state is “well positioned for continued expansion over time given robust population and labor force growth,” Fitch analysts said.

Washington Gov. Jay Inslee worked with the Legislature during the height of the pandemic to balance the state’s 2019-21 biennium budget.

He vetoed about $500 million of new spending, directed agencies to limit spending to current legal requirements, implemented a hiring freeze and eliminated a 3% raise for state employees that had been due on July 1.

The rebound in the economy, federal relief funds and the reopening of the economy have positioned Washington well, according to the rating agencies.

Washington received about $2.2 billion under the Coronavirus Aid, Relief and Economic Security Act of 2020 with an additional $1.1 billion allocated to local governments. It expects to receive $4.4 billion directly from the American Rescue Plan Act, $2.2 billion was received in May and the other half is expected in 2022.

The state finished the 2019-21 biennium on June 30 with $3.8 billion combined in its general fund and budget stabilization account beating the $2.6 billion combined balance it had when it ended the 2017-19 biennium.

Lawmakers approved a new excise tax on gains from the sale of certain assets, primarily capital gains from securities, rather than real estate or businesses.

Litigation has been filed challenging the new tax stream estimated in the June revenue forecast to generate $415 million in the new biennium. But the enacted budget does not include use of the projected revenues, and is not effective until January 2022 with the first payments not due until April 2023.

“I encouraged legislative sponsors to pass capital gains this past session, since it gives sufficient time for the current legal review before collection is scheduled to begin in Spring 2023,” Pellicciotti said. “While I expect the new capital gains tax to be found constitutional by our state supreme court, there are two legislative sessions in the meantime to react appropriately to any unexpected legal outcomes and before the state relies on those funds in a meaningful way.”

The state hopes to do as well as it did on an April sale in which it saved $100 million, or 28.5% in net present value savings, on a $600.5 million combined new-money and refunding, according to the treasurer’s office.

On it’s April sale, the state received five bids for the $240.4 million MVFT and various purpose GOs, Series 2021F. J.P. Morgan Securities was winning bidder with a true interest cost of 2.50%. BofA Securities beat out seven other bidders with a TIC of 1.44% on the $165 million various purpose GO refunding bonds Series R-2021C. J.P. Morgan Securities LLC submitted the best bid with a TIC of 1.81% out of five bidders for the $191.6 million Series R-2021D MFVT GO refunding bonds.

The treasurer’s office sayss that was the highest amount of savings on a percentage basis from a refinancing it has achieved in at least 35 years.

Pellicciotti complimented the team in the treasurer’s office for structuring the financings in April to achieve what he called “record savings.”