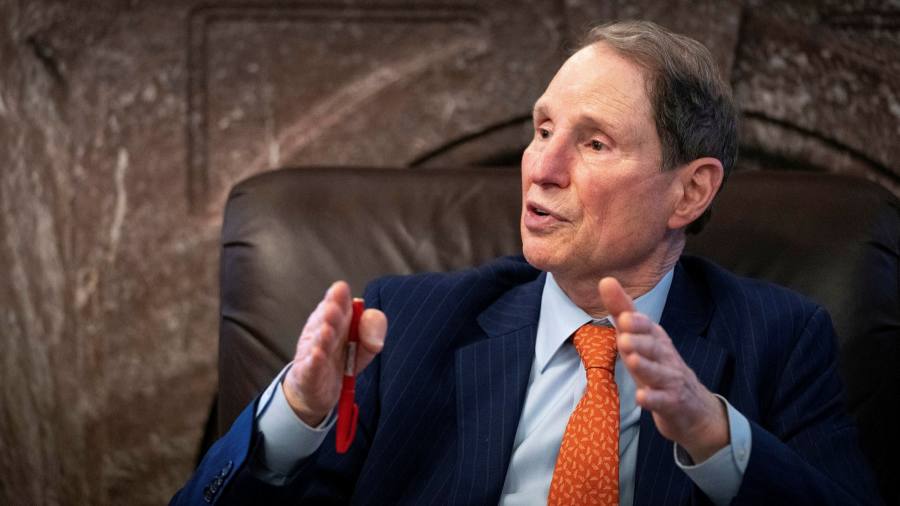 Senior Democrats have laid out detailed plans for a new tax hitting about 700 American billionaires, in an attempt to extract revenue from the ultra-wealthy to pay for Biden’s $2tn flagship spending plan.

Ron Wyden, the chair of the Senate finance committee, said on Wednesday the plan would apply to taxpayers with more than $100m in annual income or more than $1bn in assets for three consecutive years.

It would involve treating any of their tradable assets, such as shares, on mark-to-market basis each year — a big departure from their traditional treatment under US tax policy whereby they would normally be taxed only when sold.

Wyden rushed to roll out the billionaires tax plan after Kyrsten Sinema, a Democratic senator from Arizona, quashed hopes from the White House and senior Democrats of generating billions of dollars in revenue by raising corporate and individual income-tax rates, including on capital gains.

While Wyden said the billionaires tax would bring in billions of dollars of revenue, it would leave many of the richest US households untouched in terms of their tax treatment. It is also unclear whether the billionaires tax will have sufficient support among Democrats to be approved in the final stretch of the negotiations.

Wyden’s move targeting billionaires came a day after he announced a plan for a minimum tax on corporate profits for 200 of America’s biggest companies, in an attempt to make up for the likelihood that Democrats will not raise the corporate income tax.

Wyden — who unveiled the proposal alongside Elizabeth Warren, the progressive Democratic senator from Massachusetts, and Angus King of Maine — said the measure would require companies that report more than $1bn in profits to shareholders pay at least 15 per cent of those back in taxes. The proposal would apply to about 200 corporations.

King later told reporters the plan would raise between $300bn and $400bn in revenue over a 10-year period.

The changes, which would limit companies’ ability to use tax loopholes and claim deductions to reduce their tax base, are designed to offset the cost of Biden’s legislative plans to pour federal funds into early childhood education, public healthcare and clean energy.

Senators Warren, King and Wyden said their plan was designed to prevent America’s largest corporations from avoiding paying federal taxes. The senators cited the example of Amazon, which despite reporting $45bn in profits over the past three years paid in effect a tax rate on its profits of 4.3 per cent — compared with the current corporate tax rate of 21 per cent.

In an important endorsement of the proposal, Sinema issued a statement calling the planned tax changes a “common sense step toward ensuring that highly profitable corporations — which sometimes can avoid the current corporate tax rate — pay a reasonable minimum corporate tax on their profits”.

Sinema had previously proved a thorn in the side of the Biden administration when she made it clear that she opposed the White House’s proposals to increase the US corporate tax rate from 21 per cent to 25 per cent, along with increases in individual income and capital gains taxes for the country’s richest households.

The White House had initially suggested increasing the corporate tax rate to 28 per cent, in a partial reversal of former president Donald Trump’s 2017 tax cuts, but subsequent negotiations on Capitol Hill initially made a 25 per cent benchmark seem more feasible.