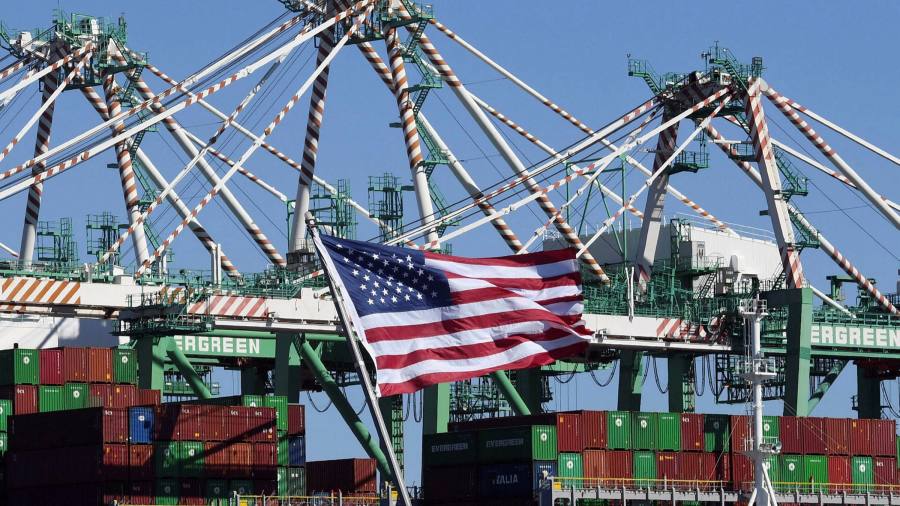 US economic growth slowed considerably in the third quarter due to supply-chain disruptions, a resurgence of Covid-19 and slower consumer spending.

The world’s largest economy expanded 2 per cent on an annualised basis in the three months to the end of September, according to data from the commerce department on Thursday, marking the weakest quarterly growth since the coronavirus recession last year.

That was below expectations for a 2.7 per cent rise, according to a Refinitiv poll of economists, and represented a slowdown from the 6.7 per cent pace in the second quarter.

Gross domestic product rose 0.5 per cent compared with the previous quarter, based on a measure used by other major economies.

Flagging consumption was a key culprit for the economy’s latest soft patch, as consumer spending rose just 1.6 per cent.

Millions of US households received stimulus cheques from the federal government between mid-March and early April, which helped underpin the higher spending that drove economic growth during the spring as national Covid-19 cases began to ease and states began to roll back their pandemic restrictions.

The rise of the more infectious Delta variant that began towards the end of the June quarter, however, had a dampening effect on consumption and confidence over the summer.

Supply-chain disruptions and shortages of almost everything from semiconductors to workers, caused in large part by the pandemic, represented other challenges to growth. Those factors have also been feeding into rising inflation, which in turn poses a risk to consumer spending and confidence by the erosion of purchasing power.

The US consumer price index rose 5.4 per cent in September from a year earlier, hovering around its highest level since 2008.

Jay Powell, Federal Reserve chair, has taken the view that inflationary pressures will ease over time, but has acknowledged that the severity of supply-chain disruptions have exacerbated price pressures and caught policymakers by surprise.

At the Fed’s most recent meeting in September, Powell indicated that the US economy would probably be on a firm enough footing to allow the central bank to in November begin reducing the scale of its $120bn-a-month asset purchase programme. Some Fed officials see the possibility of raising interest rates from their current rock-bottom level as early as next year.

But several economists think the overall slowdown in economic growth will probably be temporary, even though inflationary pressures may stick around a bit longer.

Kevin Cummins, chief US economist at NatWest, said he remained “constructive” on the outlook for domestic growth despite expectations for the slowdown in the September quarter.

“In our opinion, strong job gains and an elevated savings rate . . . will continue to provide consumers with a sizeable cushion of available funds for spending in coming quarters,” he said.