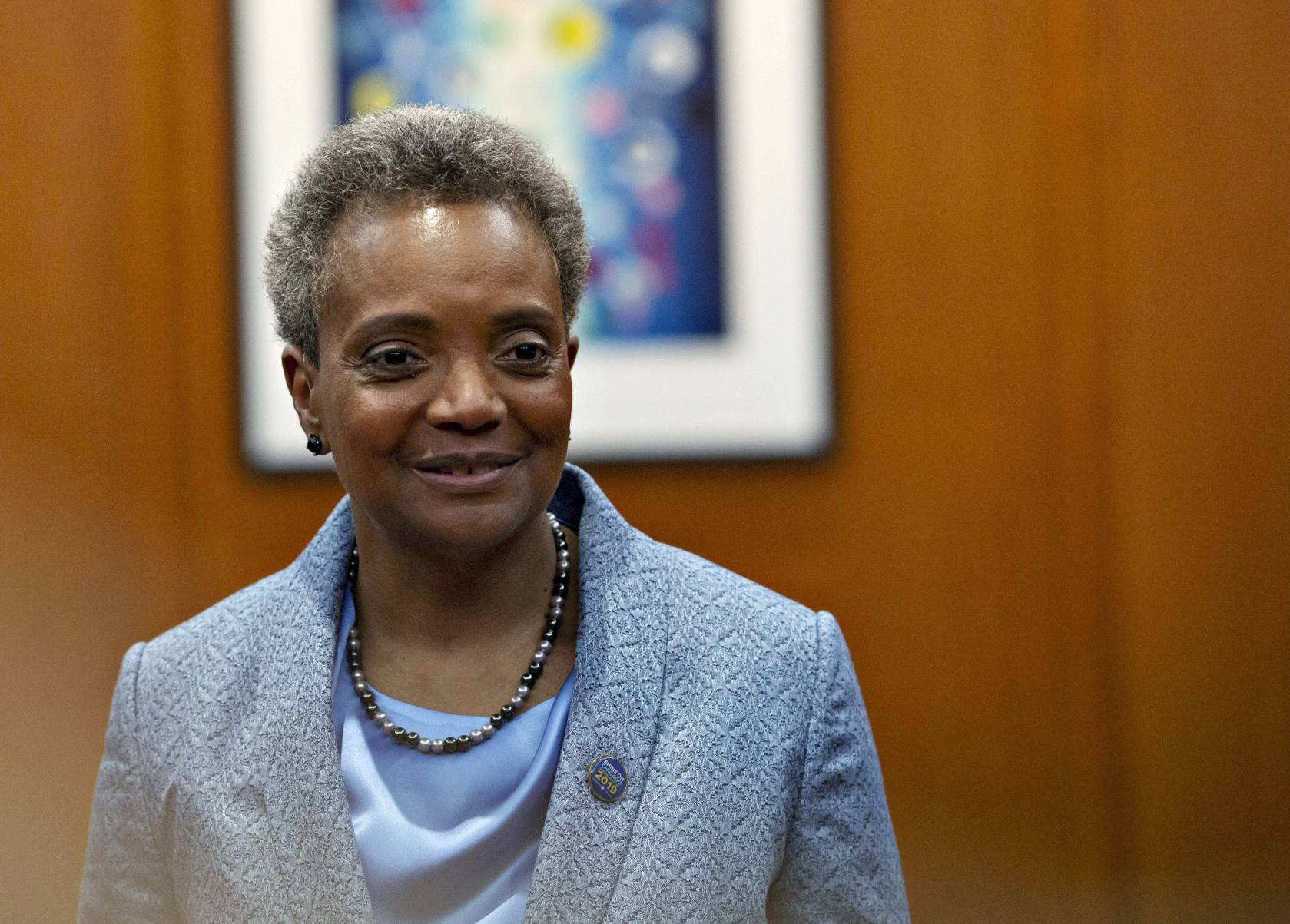 A flood of Chicago paper planned over the next year should find an amiable investor reception after federal aid and rebounding revenues stabilized the city’s bond ratings and temporarily drowned out worries over how the city will structurally balance its books once the aid dries up.

That’s the assessment offered by several members of the buy side after Mayor Lori Lightfoot’s $16.7 billion all-funds budget for 2022 sailed through the council Wednesday in a 35-15 vote.

The council also gave a green light in a 40-8 vote, with two members abstaining, to the sale of up to $4.4 billion of new money and refunding debt under the general obligation credit and the Midway and O’Hare airport and water and sewer revenue-backed enterprise systems.

The city plans to tap most of the authorization next year and those deals would follow an up to $1.2 billion refinancing under the GO and Sales Tax Securitization Corp. credits as well as a tender offer that’s still to come this year.

Another $500 million of new money GO paper under a 2020 multi-year capital authorization would add to the borrowing slated for next year.

The city’s timing is good as long as market demand for municipals — especially higher yielding paper — stays on track and the mix of credits will appeal to a broad array of investors some of which can’t buy the city’s lower-rated GOs.

Those opinions hinge on market dynamics. The city’s GO and STSC spreads which had already tightened in a deal sold last year have further narrowed putting the city in a stronger pricing position.

“The market will have no problem digesting that amount of debt,” said Brian Battle, a director at Performance Trust Capital Partners.

“The market is still starved for yield and the deals will be well received especially given the tacit endorsement of the rating agencies that have given them a stable outlook,” Battle said.

“I think the stars aligned for them as far as having federal support so I think the situation is much better for the city and I don’t think there will be an issue in moving this paper,” said Howard Cure, director of municipal bond research at Evercore Wealth Management, LLC. “It’s an attractive time” to borrow, he said.

A rush to market next year over concerns about Federal Reserve actions on interest rates or a widening of credit spreads could drive yield penalties for some credits.

“I don’t think investors lump” the airport debt into “the trials and tribulations of the city” as the city can’t siphon off airport-generated revenue under federal rules, Cure said. The water and sewer debt have more exposure and risk to the city’s general fiscal health but both enterprise systems are viewed favorably for ongoing but still reasonable rate increases.

The city also should get near-term credit with investors for its decisions to leave reserves intact and shed last year’s scoop-and-toss restructuring plans with $1.9 billion of American Rescue Plan Act aid now in hand. The city is also honoring the existing pension ramp that will see the last two of its four pension funds move to an actuarially based contributions in 2022.

The 10-year STSC bond last year landed at a 62 bp spread to the AAA compared to an 83 basis point spread on the previous deal. It has since narrowed to 26 bps.

The federal windfall and rebounding revenues underpin the actions by three of four rating agencies to move the city’s outlook to stable from negative since July but the administration’s policy decisions are contributing factors. All four had moved the outlook to negative as the pandemic’s wounds deepened.

S&P Global Ratings has been the sole holdout with a negative outlook on its BBB-plus rating, saying in recent reports that it is watching to see if the city hits its 2023 target to achieve structural balance. Moody’s Investors Service remains the lone agency that holds the city’s GOs below investment grade at Ba1.

The city’s longer term strains, how it will fare once it exhausts the federal money in 2023 and whether revenue recovery stays on course, still weigh on investors even if those worries don’t translate into any rate penalties.

The “mass infusion of federal money gives the city runway to solve its problems but what has really changed structurally?” Battle said.

“If there is an organic decline in revenue or if recovery falters” that could set back structural balance and hurt ratings and investor sentiments, “but we won’t know that for two years,” he said.

“The test is going to be in a year or two with the next couple of budgets” when investors will be looking for whether tax growth stays on track and whether the city can truly escape new costs to continue pandemic-era programs, Cure said. “It’s a matter of discipline and Chicago has not been known in the past for its fiscal discipline.”

Not everyone was satisfied. “We have a $16 billion dollar spending spree going on,” said Lightfoot critic Alderperson Raymond Lopez. “We have a budget that is grossly out of balance yet again.”

The budget package won the endorsement of the Chicago Civic Federation, a government research organization, over its use of the ARPA funds for the budget and to fund infrastructure investments and maintain service levels, but it too frets over the city’s future fiscal health.
“While this federal windfall has been good news for stabilizing the City’s finances over the short-term, these funds are not recurring and only provide fiscal breathing room for a couple years at most,” federation president Laurence Msall said.

“The federation recommends that the city work to disclose additional detail on possible measures that could be taken to address potential future budget challenges, both after the ARP funds are exhausted and in the event the economic recovery falls short of projections,” Msall said.

The federation also raised concerns over the city’s plans to take roughly $252 million in savings from the upcoming refinancing upfront instead of over the life of the remaining debt and its planned reliance on future casino revenues of about $200 million to fund police and fire pensions in future years. Casino developers face a deadline this month to submit proposals to build the city’s first casino. The refinancing savings will cover a retroactive police raise this year.

In response to questions over whether long-term burdens were being added to the city’s balance sheet with the ARPA funds, Lightfoot stressed that much is for one-time expenses that lay the groundwork for long-term positive impacts.

“We were very clear-eyed in thinking about these dollars as making one-time investments,” Lightfoot said during a news conference after the council meeting. “I think we’ve struck the right balance.”

“While we still face considerable financial challenges, the last two years have shown a difference in that approach and how we can move forward,” Waguespack said pointing to the elimination of scoop-and-toss refinancing, honoring the pension funding ramp-up, and paying down city debt.

The Lightfoot administration pushed off its structural balance target by one year due to the pandemic, but Chief Financial Officer Jennie Huang
Bennett has stressed it remains attainable in 2023 due to $1.2 billion in structural budgetary changes already in place and more modest pension increases ahead after reaching actuarily funding.

“Chicago is on the road to financial stability,” Bennett and Budget Director Susie Park wrote in an op-ed published by Crain’s Chicago Business Thursday that outlines the investments and budgetary measures enacted since Lightfoot took office in 2019.

“To reach financial stability, we implemented several reform-based strategies which have generated over $1.2 billion in structural solutions that carry over to close future budget gaps and will benefit the city for decades to come,” they write. “We secured a three-decades-in-the-making new casino authorization, which will general approximately $200 million a year to shore up police and fire pension funds.”

The city struck a deal with Joliet, its first new regional water customer in three decades, that will eventually generate $20 million to $30 million in annual water revenues. More work is needed on pensions given their weak funded ratios but the two called the shift for all to an actuarially based payment an “important milestone.”

The city also in 2022 will have climbed a debt payment schedule that was previously pushed up by scoop-and-toss debt restructurings used by former Mayor Richard M. Daley and then continued by his successor Rahm Emanuel until shed in Emanuel’s final years.

“As a result, the city will begin to pay down over $300 million of principal annually, which allows the city to invest in much-needed capital infrastructure,” the two wrote. “In the middle of a global pandemic, we have cleared the financial decks so that the city can begin truly making investments that will fuel economic development, population growth and stronger and safer communities in a financially responsible way.”

How You Can Make Money with Options and Still Stay SAFE
Should You Hide Out in Wal-Mart’s Stock?
Here’s Why Chesapeake Energy Shares Were Halted on Tuesday
Iron Condors: 101 What is it and How Does it Make You Money?
Focus on Consistency NOT on Hitting Home Runs on Your Trades